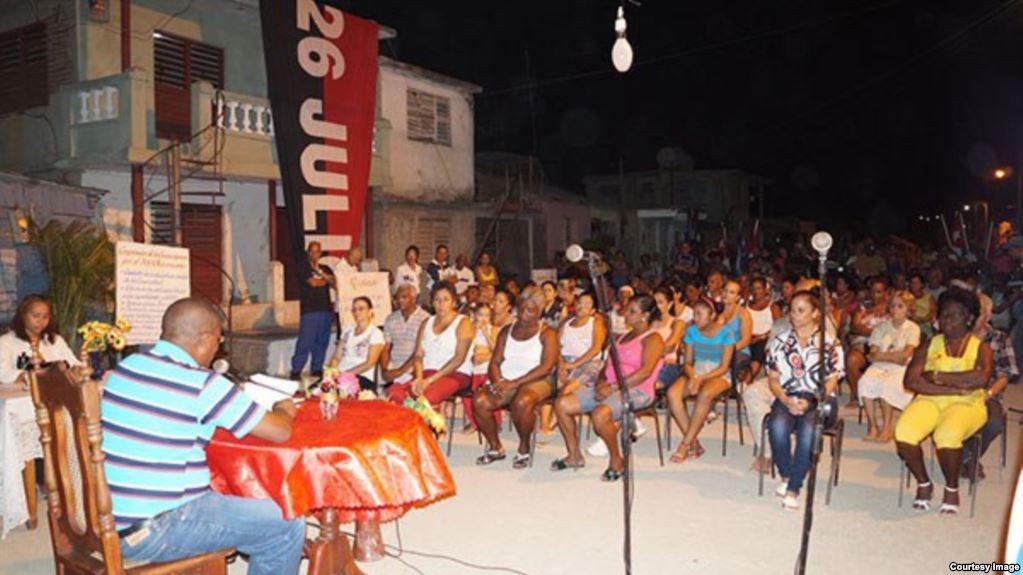 Juan Juan Almeida, 7 March 2017 — The days of the anachronistic “process of rendering accounts” are approaching. This is period known as the genuine exercise of socialist democracy because they are neighborhood meetings in which the people and the leadership (at the base) exchange opinions about the main problems that afflict each community, and it is odd that today, although the circus rounds have not yet begun, Cuban leaders, as if they were master seers, already have on the table an eight page document issued by the department charged with compiling popular opinion, which for more than a month have included the approaches that the voters will take in each one of the assemblies.

An irony that, with a capital “I”, escapes any expression of the logic and respect of the citizenry. Since the end of January the Cuban government knows that for the coming months — April and May — the voters will express their dissatisfaction with the water supply, the sewers in the streets, the failures in communications and public transport, social security, the retirement age, the indiscipline on the roads, the occupation and powers of their elected delgate, the need to separate some functions that today belong to the state, the irregularity of trash collection and repair of the roads and principle arterials.

We will have to wait. Certainly, no one will talk about individual rights nor civil liberties. It seems that to govern is to assume contrdictions. It is a vulgar script for a discordant dramaturgy where fiction predominated. It is ridiculous to accept that, for example, in terms of health, in each locality, throughout the island, the assembled citizens will feel the “spontaneous” need to express opinions only on how to reduce teen pregnancy, and to strengthen control over pregnant women who go into maternity homes.

The most striking feature of this document is the prediction it makes about a group of citizens who, voluntarily, will express concern about the issue of domestic violence and, in particular, the phenomenon that doesn’t appear in the current penal code as a criminal figure and that begins to gain space as antisocial conduct. Cases of Cuban fathers who don’t conform to the role of the divorced, and kidnap their kids to hurt their former wives.

It is not divination, it is simple state inefficiency very eary to predict because yesterday’s problems were never solved and are the same ones that will be there tomorrow.

Almost all of the deputies to the Peoples Power Assembly session, be they national, provincial or municipal, are fed up and exceedingly apathetic, along with the compulsion, attend to kill time and eat the snacks; listen to the pre-prepared program, vote in favor of everything and reaffirm their commitment with something that they neither understand no care about.

Cubans who want to debate and express opinions, suggestions and demands; but they know well that in Cuba, the Peoples Power is the power of an entelechy.