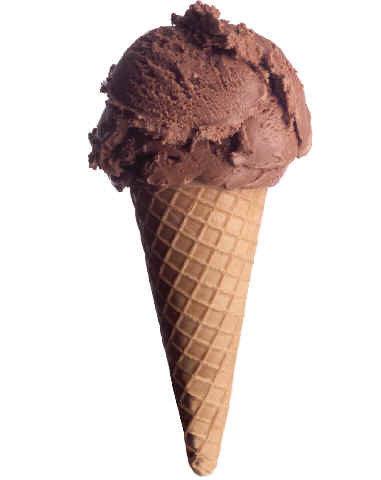 I am not going to talk about the flavor most in demand by everyone, but rather about the local ingenuity, which manufactures, in the midst of difficulties and shortages, the gastronomic inventions that make it possible to find tons of things, water “in paper money,” to satisfy one’s thirst and survive. In my Havana, where in the ’90s they invented “floor rag steak*,” pizza with melted condoms instead of cheese, and plastic ham, it’s been easy for today’s self-employed to create a generic ice cream flavor, that consists of coloring the fake stuff with a sweet and universal taste.

I refuse to buy ice cream in the private sector any more. It doesn’t matter what color it is, if it’s in a cone, ice cream bar, salad or bowl: it all tastes the same. I feel like a little girl who’s been ripped off with a box of culinary colors. In a country that calls itself democratic where there is no democracy, that says there is freedom but we’re not free, it’s natural that everyone — literally — “swallows the bitter pill” of the scam.

This new and authorized disrespect for the consumer, is one more in a long and historic list of State irregularities — like almost everything in Cuba — in the restaurant industry. It is the universal flavor of a government that has educated three generations to make them believe in what doesn’t exist, in what is actually a big lie.

We promote and encourage foreign investment in our country in this area as well, but morally we must begin with Cubans — immigrants and here at home. Unlike the former socialist republics, we have the advantage of capital that can break the economic inertia. It would be a stretch, but it would be possible with political will, to acknowledge that part of our people who “got their feet wet” in search of greener pastures, of places to live that are less suffocating and more just. It’s time for them to open the doors of citizen rights — doors that never should have been closed — to our compatriots abroad.

It would then be possible that we could all enjoy the enormous ice cream of human brotherhood and the delicious flavor of reconciliation between a captive people and its diaspora.

*Translator’s note: “Floor rag steak” is exactly that.  This video, easy to follow even if you don’t understand Spanish, shows how it is made.