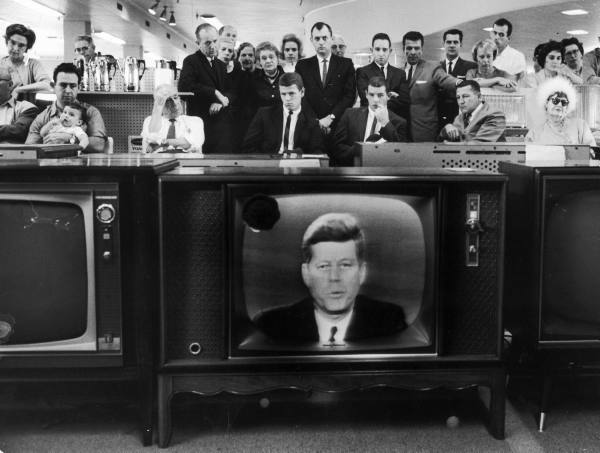 Fidel Castro loves to make references to the numerous economic, paramilitary, and political aggressions of the 11 administrations that have been through the White House throughout these 51 years the strong-man of Cuba has been in power.

The United States is far from being the ideal neighbor. In the first 40 years of the revolution, it unleashed a ferocious campaign of assaults on Castro. It was an all out fight with all the ingredients. Dirty war, economic pressure, and anti-government propaganda.

But Castro is no saint either. Strengthened by more then 20 million rubles that Moscow granted him, he served as the Russian’s aircraft carrier in the Caribbean. In October of 1962, he made the unfortunate decision of accepting 42 intermediate- and medium-range nuclear missiles equipped with nuclear warheads, strategic bomber aircraft, and 43,000 Russian soldiers on Cuban territory.

He financed numerous guerrilla groups in Latin America and Africa, including some that, years later, have degenerated into terrorist gangs such as the FARC in Colombia and Shining Path in Peru.

On top of provoking the thunderous collapse of the Cuban economy, with his absurd plans and his method of managing the country as if it were his own private estate, the extraordinary comandante maintained military troops thousands of miles away from this island.

He acted as if possessed by a tropical Napoleon complex. Cuba got involved in the civil wars of Angola, Ethiopia, and Somalia. The consequences of our participation in those conflicts have yet to be written about.

During the Cold War, Cuba and the United States maintained a mutually irritating political rivalry. As a center of global power, Washington didn’t want to allow an openly Soviet military presence and, on the part of the government in Havana, support for insurgencies around half of the planet .

After Khrushchev withdrew the missiles, the now vanished USSR maintained troops on the island and a base for electronic spying on North America.

With the fall of the Berlin Wall in 1989, Cuba lost its steam. Once the pipeline of Russian rubles was sealed up, we entered into a period of economic poverty. The Americans plopped down on a recliner to await the fall. But against all winds and tides, Castro resisted.

Now, the world isn’t the same. Even Hugo Chávez and Evo Morales reached power through votes, not through bullets. Ernesto Guevara’s theory of “Revolutionary Focalism” has been tossed into the sack of obscurity. The theater of action presents a new design.

The elderly warrior that miraculously escaped death in July of 2006, has reemerged, transformed into a kind of international guru, predicting catastrophes and lending credence to any old incendiary conspiracy theory.

Only on the immigration issue is Cuba a national security problem for the United States. A hypothetical internal crisis could unravel whereupon thousands of people would hurl themselves into the sea on any floating object to escape the island. The White House is the most interested party in the Cuba situation not getting out of its government’s control.

In spite of Castro’s anti-yankee discourse, today the United States is the island’s fifth trading partner and first in foodstuff sales. We hear talk of the ban on travel from the United States to Cuba being lifted. The embargo is an absurdity. In the foreign currency stores they sell Coca-Cola and Dell computers, among other products.

The biggest of Cubans’ problems don’t come from the North. The enemy sleeps among us at home. Rampant corruption and economic inefficiency are, among others, the causes the nation is treading water neck-deep. Fidel Castro attempts to blame the gringos for many of our calamities, but sensible people here believe that bad governance and the system’s inoperability are the most responsible.

On top of being a current minor evil, the United States contributes financial liquidity to Cuba: 100 million dollars annually by way of family remittances and 50,000 Cuban-Americans who travel to the island every year and spend dollars at full throttle.

But it’s always easier to pin the blame on the same old lifelong villain. If the United States hadn’t existed, Fidel Castro would have invented it.

Photo: Ralph Crane, Life Magazine, October of 1962. In a store in Los Angeles, people follow the news of the naval blockade against Cuba authorized by Pres. Kennedy during the Cuban Missile Crisis.