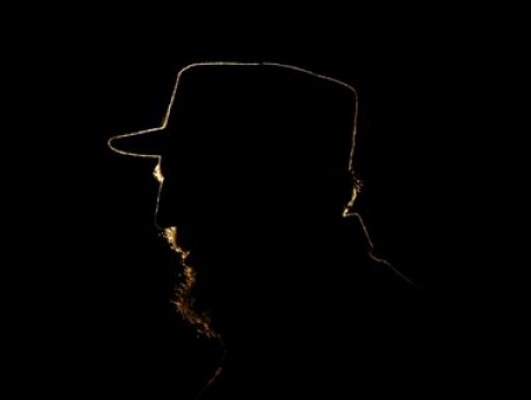 Cubanet, Miriam Leiva, Havana, 6 December 2016 — Raul Castro wants Cubans to commit their support to major economic restrictions in 2017, during the complex period of the transfer of power from the so-called historic generation, through the signing of an oath to the definition of the Revolution and Socialism promulgated by the deceased leader, using the slogans “the permanent teaching of Fidel is that yes we can,” and “life continues.”

Fidel Castro prevented his physical permanence after death. The body was cremated. His tomb, apparently modest, in a rock from the Sierra Maestra, is a representation of strength and durability. There will be no monuments, statues, plazas nor allegorical streets, according to the Commander’s own decision.

Raul Castro announced that he will present proposed legislation for this for approval by the next session of the National Assembly. However, Fidel Castro will be omnipresent through the recurrence of his phrases and actions in discourse and in posters. During the days since his death on 25 November he has been mentioned in the media at the same level as José Martí, [the national hero whom Cubans of all stripes call] “the Apostle” of Cuba, and invoked as Father of the Fatherland, displacing Carlos Manuel de Cespedes.

Raul Castro deftly focused his farewell speech, given at Antonio Maceo Plaza in Santiago de Cuba on 3 December, on “yes we can,” based on the determination of Fidel to bring his proposals to fruition, to infect his followers, to find solutions and to overcome great obstacles.

Fidel spoke the words sworn by the participants in the funeral rites, placed next to his tomb, and that will be invoked permanently by the authorities, on 1 May 2000, when the Special Period had been ongoing for nearly a year, and a few months after Hugo Chavez assumed the presidency of Venezuela.

He had had time to work with his soulmate on help for the Cuban economy and expansion through Latin America and the Caribbean, but achieving this would possibly require changes in the concepts expressed to date and the methods utilized so far.

So the crisis provoked then, by the loss of the subsidies from the Soviet Union and the Socialist Camp, now comes from the loss of aid from Venezuela, both the result of the waste of resources on mega-plans rather then economic needs.

Fidel left Raul his words to confront the economic situation, the hidden intentions of the hardliners, and the disgust of a population exhausted by privations and unmet promises. His major legacy is that “socialism is irrevocable” according to the Constitution. As Fidel explained in May of 2002, Bush demanded that Cuba change its political and social system, and in response there were two months of large demonstrations, the National Assembly approved amending the constitutions, and eight million Cubans signed their names to it, through different mass organizations.

Fidel did not mention it as a cause of the expansion of the peaceful opposition movement throughout the country, in organizations of journalists, librarians, doctors, independent educators and the Varela Project, which was repressed in March of 2003, with 75 prisoners of conscience condemned to long prison terms, in a process that came to be known as The Black Spring.

Fidel acknowledged that everything is revocable, but being part of the Constitution, it can only be revoked by the National Assembly of People’s Power. They decided to declare the socialist character of the Revolution irrevocable, which means “that to revoke the socialist character there has to be a revolution, or rather a counterrevolution… including a legal takeover of the government by the enemies of the Revolution, leaving them a theoretical clause: go to the Assembly and being the majority… and then doing the same, collect the millions of signatures, which they can never do, and declare by decree, revoking by decree, socialism.” (from One Hundred Hours With Fidel, Conversations with Ignacio Ramonet).

Achieving a National Assembly majority would face the challenge that the electoral system in Cuba makes it impossible for people to be candidates without the recommendation of the Communist Party.*

Raúl Castro, who has stated his plan to retire in 2017, will have to resolve the obstacles posed by the hardline leaders at the same time he deals with his replacement in the Councils of State and of Ministers in 2018. As the first secretary of the Communist Party, surrounded by his military, he will maintain the maximum power to direct and support the handing off of power to those who will not have the aura of having fought in the Revolution. He could use Fidel’s words that “revolution is to change everything that needs to be changed” to promote his limited reforms, apparently obstructed by the conservatives.

The general will have to reformulate the “updating of the economic and social model” with relaxation of the tight controls through real changes to free up agriculture and self-employment, to streamline the management of state enterprises, and to simplify legislation and decision making at all levels, with an emphasis on rapid approval of foreign investments.

Before the end of the 2016 concluding session of the National Assembly, where the general-president reports on the failure to achieve the 2% GDP growth planned, and even the 1% later projected in July, perhaps there will be new measures to cope with the recession in 2017, and the demand for renewed “heroism” following the spirit of Fidel.

The policy followed by the new US president, Donald Trump, could stimulate the hard line leaders if he reverses the measures taken by Barack Obama and obstructs the advance of reformist elements. The just demand for respect for human rights and space for the opposition could have counterproductive effects, if hardliners remain in positions of strength as they have during the previous 55 years of failures.

*Translator’s note: In fact, candidates can propose themselves for election without Party support, but the Party prepares all the election materials. Campaigning is illegal and candidates are presented entirely by officially prepared single page biographies, posted in windows. For two 2015 candidates, this meant biographies that stated they were “counterrevolutionaries.” They both lost, but one received 19% of the votes in his polling place, to the winning candidate’s 28% (in first round elections).