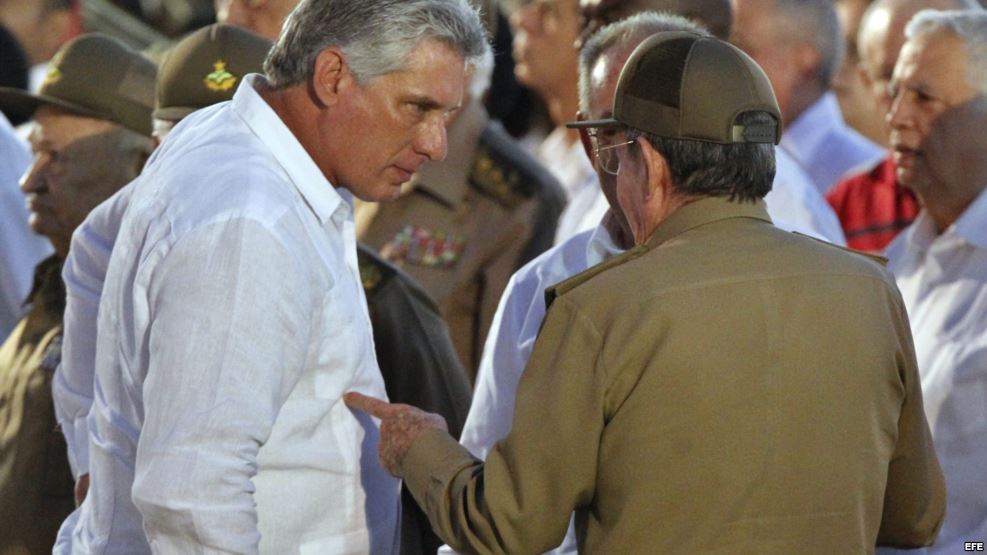 Juan Juan Almeida, 15 December 2016 — Thirteen months before his anticipated retirement, General Raúl Castro is setting the agenda for an individual who, even within the ranks of the Communist Party, provokes a rare mix of opposing opinions and strong reactions.

Miguel Mario Díaz-Canel Bermúdez is today the person most likely to be the next President of the Council of State of the Republic of Cuba and curiously has already come up with a series of measures that should guarantee an awkward form of popular approval.

I do not know if the Cuban government is planning an early transition of power. I anticipated surprises but I don’t know if they are preparing for something else. There is, however, a rumor circulating in the halls of power that a presidential agenda is already being prepared for “comrade Díaz-Canel.”

I asked a few acquaintances about the rumor and this was one response:

“It could be; he is a quiet guy. He keeps to himself and his strategy for getting ahead amounts to keeping his mouth shut. But he is still a good man,” says one.

Another said, “I heard something but I don’t believe he is genuine reformist who suddenly appeared on the scene after lying low. He has no leadership abilities. Díaz-Canel is an opportunist who has molded himself to please Raul Castro.”

But opinions vary. The measures being planned seem quite attractive but, without severing ties to family members of the country’s longtime leaders, I doubt they will do much to improve the island’s financial system.

A new investment law more appropriate to our times, one that offered financial benefits, could incentivize serious investors. But it could also be a magnet for scoundrels and astute money launderers.

Labor reform would increase productivity. Since Cuba has one of highest proportions of elderly in Latin America, improving retirement benefits for pensioners would also provide hope for the larger population. But increasing their income and extending their coverage seems misleading to me. After all, it is the unstoppable emigration of younger people and the decline in the birthrate that has given rise to a progressively aging population, a development which threatens the financial sustainability of the pension system. Its resources are completely inadequate to cover the retirement needs of any elderly Cuban. Increasing the paltry benefits they receive today would be nothing more than a semantic trick. Due to currency devaluation, done to reflect the currency’s true value, any increase would actually be a big decrease.

It is not enough to have an agenda that, on simple inspection, seems designed to confuse the public, add a new element to US-Cuba relations, play with people’s uncertainties and destroy dissident proposals through reforms that seem significant but have very little to offer.

It is difficult to predict but I feel that Díaz-Canel who now serves as vice-president of the Council of State and Council of Ministers, lacks the political will to become the magician who will transform today’s troubling reality into a more pluralistic, inclusive and productive Cuba.