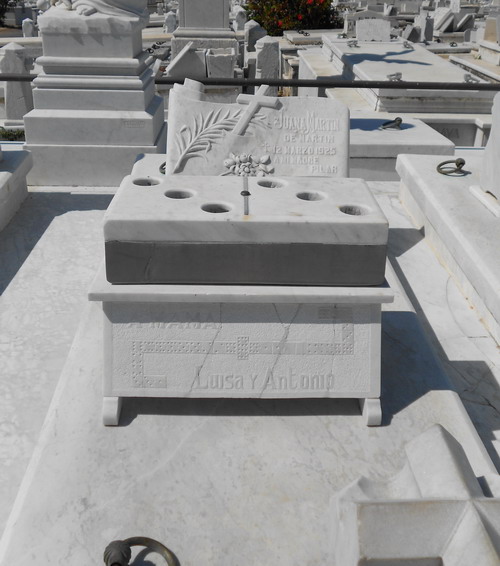 Who in Cuba has not played a good game of dominoes?  Who does not recognize that dominoes is the excellent table game for the whole Cuban family wherever it may be?  Did you know that in the Colon Cemetery there exists a tomb that is distinguished by having a domino tile on its top?

The tomb was the property of Juana Martin de Martin, who was the owner of the Havana garden Fenix.  The unit is distinguished by the domino tile known as the double three carved in white marble, and the date with the sequence of the play in the fatal moment of her demise.  They say that to the amazement of those present at the game she still even after death held in her hands the tile that characterizes the Tomb.

It is really an honor for such a noble table game to be venerated or handled by Cubans in any of the artistic expressions.  The double three is the last tile this woman could have in her hands and today she leaves it as a legacy to those who stop to contemplate what was her last game.