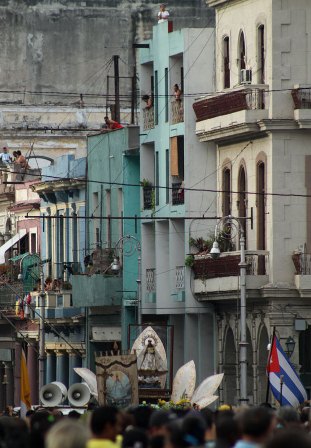 It’s absurd that because a political party lets religious people join its ranks, it can say that in Cuban religious discrimination against entering politics has disappeared. From the moment someone discriminates in this way and dares to say whether believers an join political parties, it shows that something is very wrong. Much more if the permission is granted with good robust cynicism to enter the only Party.

Any religious person, specifically Christian, should not scrupulously observe beyond that apostolic warning which states that the new faith, which they were building in the world (not to be confused with secular and profane powers) should not be confused with politics.

But that does not necessarily imply that someone who considers the person of Jesus Christ as God the Savior, does not aspire for there to exist an order in the world where the laws are enforced to ensure peaceful coexistence between people, including among people who profess their faith, and also to be involved in that effort. 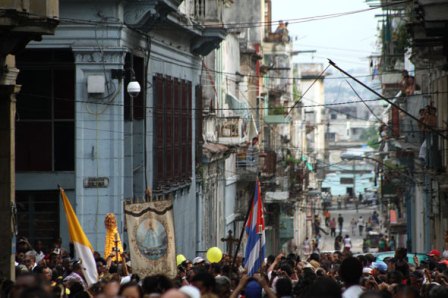 To accomplish this, to not discriminate against anyone for their faith or political views or for being gay or lesbian, the United Nations Declaration of Human Rights was proclaimed after WWII, the war of the totalitarians, and also that the secular government of the Church for centuries, gave space to wars, cataclysms of East and West, Courts of the Inquisition also cynically called “Holy Office”, because they had lost the freedom and respect for the diversity of the human family to strive for peaceful coexistence.

However, the pardon granted to the Church to keep believing in it as a trustee of a living legacy, has not been that there have been better or worse Popes, but because it is about Jesus Christ, the light that overcomes the darkness forever and that belongs to everyone in the mystery of each soul.

Otherwise — because the rest has to be like the grass that withers and should burn in the fire — the ignorance that has tried to govern in Cuba has managed to keep its cynicism in proportion to its violence and stupidity. But if I were given a chance to speak to the Pope, I would respectfully remind him of the words of God to the prophet Jeremiah: You must influence them; do not let them influence you.