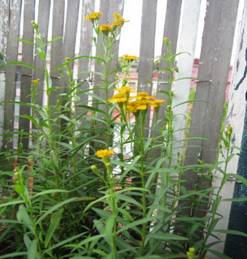 Cuba has serious medical problems at home. There have been cases reported of cholera, tuberculosis and dengue fever — already at epidemic levels — and other illnesses that have not been seen for decades in this country. In towns and cities there is also a disastrous sanitation and epidemiological situation which has been exacerbated by inadequate health services in clinics and hospitals. Nevertheless, the government of Cuba has reached an agreement with its counterpart in Brazil to provide the services of four thousand doctors to that nation. As the saying goes, “streetlamps outside, darkness inside.”

Forget all the folderol from the publicity release which talks about “solidarity and friendship with the Brazilian people.” The reason this agreement came about is because it serves the interests of both parties. For Brazil it is political. Its government hopes it will help win votes in a future election. Economic reasons drive the Cuban government, which hopes it will bring in cold, hard cash.

It is no secret that this is a juicy business. Of the four thousand dollar monthly salary paid by the Brazilian to each physician, the Cuban government will expropriate three thousand five hundred. The rest is to be “enjoyed” by the employee, within rules and limitations established by the ministerial branch which handles these things. This is nothing new. It is how these missions work and have always worked in most of the fifty-eight countries in which they operate.

Since the production of goods for export has gone from bad to worse here — notwithstanding the “updating” (as Raul Castro’s economic reforms are known) — the business of exporting services has become one of the principal means for generating hard currency. Since most of what is collected remains in the coffers of the state, it can offer professional services at much lower prices than other countries, whose quality is often no better, giving it a competitive advantage.

Meanwhile, if you are over here, try not to get sick. But if it cannot be avoided and you want to get better, look for a doctor who is a friend, one of those who doesn’t give a hoot about “ideological orders” and is a “friend of friends.” But if you cannot find one, then look for a healer (every neighborhood has one) and plenty of herbal medicine, which some call natural. (And if you are a believer, it would not hurt to look to the supernatural as well.) Because the idea that this is a “medical powerhouse” is nothing more than a story as old as that of “the good pipe.”

*Translator’s note: A reference to a circular question that never gets answered, similar to “Who’s on first?” from an old American comedy routine.