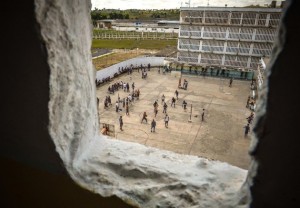 PUERTO PADRE , Cuba , www.cubanet.org – Dragged into the torrent of criminality by genetic defects or by a social environment prone to crime, not a few inmates who today form the very profuse Cuban prison population, have ended up contracting mental illness.

Five maximum security prisons and another 195 prisons form the penitentiary system of the island, where, according to official sources, about 50,000 souls re serving sentences, although human rights organizations place the figure between 60,000 and 75.000.

However, if we add to the above figures the detainees, those who for various reasons spend a few hours to a week in the cells of police stations, assuming only five arrested in each municipality each day, we see that about one thousand more Cubans daily, and that number would be multiplied by the 365 days in the year .

Are Cuban lawmakers action with a view to the future on dementia and crime? According to the Fifth Iberoamerican Congress on Alzheimer’s Disease, which met in Havana October 20-11, 2011, there are 130,000 people with dementia in Cuba. But if this figure is alarming the prognosis is even more so: according to experts, the number of demented could triple by 2040.

This means that in an aging population of about eleven million, almost half a million will suffer some kind of disease that makes it impossible for them to communicate with us and to think clearly. 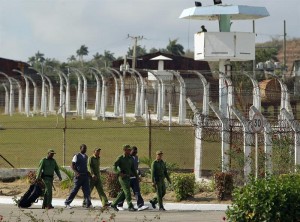 The exemptions from criminal responsibility are well defined in two paragraphs of Article 20 of the Penal Code: a person is exempted from committing the crime in a state of insanity, temporary insanity or delayed mental development if because of any of these causes he does not have the ability to understand the scope of his action or omission or to direct his behavior.

Now these two sections do not apply if the person commits the crime was voluntarily placed in a state of temporary insanity by the ingestion of alcohol or psychotropic substances.

But if alcoholism is becoming a pandemic in Cuba, which is already having alarming influences on crime, the fractures and breaking up of families is doing no less. 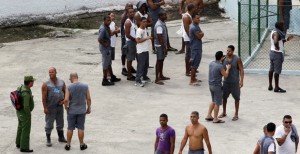 “We would say that Cuba needs today, on the part of its specialists, the precision of a Swiss watch; each of us has as a priceless treasure and we should raise to the level of a national concern every family with a child in prison,” said a sociologist whom I had asked if there are too many prisoners in Cuba.

“The amendments to the Criminal Code, which will go into force from this coming October 1, to some extent will reduce the prison population, as the legislature has enacted the choice of a fine in lieu of imprisonment,” replied this notable criminal lawyer. But, he was wondering, what about those who are already in jail? What about future inmates?

Only an amendment concerning mental health has been considered by the legislature, to tailor the current criminal laws in Cuba: authorization for the Provincial Court of the territory where the inmate is serving his sentence, to make it so that without referring back to whomever executed the sentence, the prisoner can be referred to a psychiatric hospital.

A death now comes to mind: that of Harold Brito Parra, psychiatric patient in the provincial prison in Las Tunas. Dead not so much from delayed medical attention as from the crushing and inconsiderate legal attention. In the same circumstances, Harold would also die today, even with the very recent amendments to the Code and the Criminal Procedure Act.

Alberto Mendez Castello (born Puerto Padre, Oriente, Cuba 1956).Degree in Law and Criminal Sciences, graduate in Operational Management. Although an Interior Ministry official from a very young age, professional inconsistencies with his ethical ideas left him no choice but to leave that institution in 1989 to engage in agriculture, literature and journalism. Nominated for the “Plaza Mayor 2003” Novel Award in San Juan Puerto Rico, and the “Max Aub 2006 International Stories Award in Valencia, Spain .