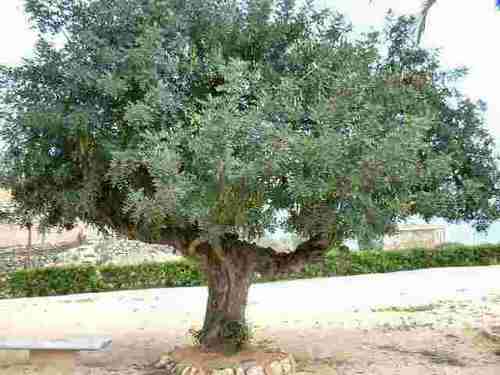 David was found guilty of murder by the Camaguey tribunal after investigators from the Ministry of the Interior found traces of his scent on the trunk of a carob tree.

In its sentence number 57 of March 30, 2007, the Camaguey Court sentenced Delvis David Pena Mainer to 40 years imprisonment for the assassination of a young 23-year-old man and his 17-year-old wife. Delvis, 44 years old, declared himself innocent but the Camaguey court found him guilty through a “pile of existing proofs against him”.

According to the organ of justice, on January 27, 2005, David waited for his neighbor behind a carob tree. When he arrived, he attacked him with brutal machete blows until he killed him. The wife of the young man heard the desperate pleas and ran out to help him, but upon seeing the crime she turned back and ran. Pena Mainer followed her and violently attacked her with his machete. The young woman died of excessive loss of blood due to so many wounds.

The couple moved to the “New Times”, a locality of the municipality of the Vertientes in Camaguey. There were rumors in the neighborhood that the young man had sexual relations with the daughter of his neighbor, David, and also with his wife. Pena Mainer “decided to rid himself of the insult he was being subjected to, eliminating him physically”, affirmed the tribunal in their sentence.

David had undergone three operations on his spine after an accident which occurred in 1999. In 2000, his injuries disqualified him from permanent work. The tribunal determined that “he did not suffer from a certain illness that would impede his movement”, however, they did not comment on his ability to run after a young woman to attack her.

The body of the young man was 11 meters from the carob tree. “The investigator shrewdly suggested that they take samples from the smell of the tree”, the court said. David acknowledged having been there 15 days before and five days after the crime, but the tribunal said that the argument did not justify “the presence of his scent in that specific place”.

In the same fashion, the judges rejected the evidence for the defense, relating to “the canine technique applied”. According to the court, the investigator confirmed that “the hound lost the trail” and the proof was not significant, without specifying when this was realized.

In their sentence, the court also did not expose any information about the measures which were taken to protect the scene of the crime against environmental contamination or the peoples’ curiosity. The fact “provoked a grand commotion among the population”, according to the judge.

According to the court, the injuries found on both victims were carried out by a right-handed person, like Pena Mainer, who was also found with a sharp blade. In the handle of the weapon there was some blood, “…although they were not able to determine to which species it corresponded”, the court added.

The judges accepted an experiment which was done on 4 different blades to prove the similarity between the chips seen by an unskilled artist, a neighbor of Pena Mainer, when he uncovered the suspected culprit days after the crime. The witness noticed one which was broken against the head of a pig, according to expert Zurdo. The sentence does not explain with which objects the left ones were nicked.

After four years in prison, Delvis David seeks new elements to justify his innocence. He was hoping to compare blood samples found on the weapon, with DNA of the victims, but the judges ordered the blade to be delivered to the Union of Corrective Labour with Sabanilla internment in Camagüey.

In reality, there is a low probability that his case will be reviewed by a superior court. Not after the judged from the province with the evidence ordered “the destruction and disposal” of various articles of clothing of the victims, some with “stains of hematic aspect”, spots of blood from the place of the events and two slides hanged in the carob tree where they were impregnated by its smell.