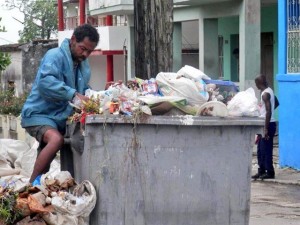 HAVANA, Cuba, August ,  www.cubanet.org. Revolutionary tourism is a first world practice. It’s like it is the tourism-tourism. The second and third world revolutionaries don’t have the time or money to travel all over the globe to idealize the misery produced by the violence which triumphs in the name of the people.

I ought to make it clear right away that first, second and third world aren’t geographical notions, as I see it. All countries have their own particular combinations of them, and always in relative terms. In Cuba too there is an element of first world. So that those people who are involved in the tourism of the revolution come from all over the place, all of them sharing three things: a blindness in regard to social reality, an anthropological disapproval of the poor people who inevitably generate the revolutions, and a bulging wallet.

But recently a piece of information drew my attention: the loss of hygienic awareness on the part of the revolutionary tourists. Because Cuba is the dirty country of tomorrow. I wonder, therefore, how from the status of the first world can you defend a filthy revolution. You can be on the side of nationalism, populism or indigenousism, regardless of their aseptic quality. Of unhygienic revolutions, no. 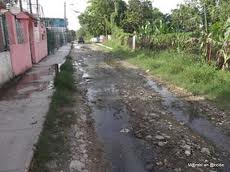 Anyone visiting any part of Cuba should be frightened, except in small towns or small cities like Cienfuegos, by their foul odors. It’s as if Cuba were uninterruptedly evacuating the gases of a slow digestion, hearty and heavy in virtue of the food it eats. Except that in this case the public waste system is broken and doesn’t have the capacity to resist an environment of putrefaction.

A country without bathrooms for pedestrians, without water or soap to wash your hands after going to cafes or restaurants, no napkins nor toilet paper in public places, without even slightly effective garbage collection, with doorways that accumulate three decades of dirt, with half-collapsed buildings serving as “motels” for young couples without private spaces for sexual pleasure, with steambath-buses in the morning, with hospitals and polyclinics ready to transmit infection, all in a hot climate that synthesizes natural outgrowths between the heat and humidity, such a country can not treasure its own future.

What distinguishes utopias is hygiene. If you think of the funding vocabulary  of revolutions: throughout history it has associated with the past destroyed by rot, with trying to start some kind of sanitization of society to build the beautiful country of tomorrow. Everything about them seems to come down to health and hygiene: mental hygiene, the difficult relationship of totalitarianism with the madness that equates aristocracy with the plague; of social hygiene, separation and isolation of the offender are also pathological reactions for the construction of utopias; and body hygiene,which we see in  the obsession with health in a type of society that thinks its subjects are always sick.

These hygiene are basically totalitarian techniques of control and discipline where no cracks are permitted. However, all these areas of health-related work are collapsed. The number of mentally ill continues to grow, the population is almost endemically criminal and the sick crowd the statistics. And let’s not even talk about the language. 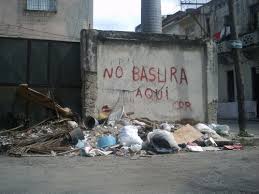 That utopias are unproductive, well that’s not a big problem, the stresses of productivity and consumption are theoretically alien to the revolutions of the future. They are unimaginative, it does not matter;  imagination is an individual trait that, in essence, threatens the coherence and rigid core of the powers-that-be of the builders of peoples. What should be an alarming signal prosaic filth of the Cuban utopian city. As a sign of its health, its people should be wearing patched clothes, but clean, as recommended by my grandmother.

And worst of Cuba is not the stench of daily work, but a type of medieval dirt shows in four features: the accumulation of filth, the indifference as if everyone is immunized against the city’s garbage, the proximity of the centers for processing the population’s waste, and the lack of modern infrastructure for the recycling of waste. As in the Middle Ages, the septic tanks are very close to the bedrooms and it’s easy to confuse drinkable water with sewer water.

Why doesn’t revolutionary tourism realize that the Cuban Revolution might have leaked out the sewer? Getting to Havana, Holguin and Santiago de Cuba and having to drink bottled water, sold at prices inaccessible to those who supposedly made the revolution, should be the supreme test that without hygiene it is impossible to see the outlines of the streets of the future. Also broken and filthy.