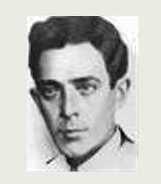 At a gathering last February with young people interested in the political history of Cuba, on my referring to the protest of Thirteen, one of those present threw out the question: Why do these events do not occur today? I reproduce here my response in honor of the 88th anniversary of that memorable event and to share it with readers of el Diario de Cuba.

The event occurred during a tribute of the Cuban Women’s Club for the Uruguayan writer Paulina Luisi, on March 18, 1923 at the Academy of Sciences, and consisted of a group of young people staging an act of civics and national dignity that contains valuable lessons for Cubans today.

Dr. Alfredo Zayas Alfonso, who held the presidency, was the first leader in three decades who was not an officer during the War of Independence. Politician and lawyer, he was popularly known by the nicknames “The Chinaman Zayas,” and “The Stingy One.” After occupying various political responsibilities, he left the job of Vice President of the Republic in 1913, and appointed himself Official Historian of Cuba with a salary of 500 pesos a month. During his presidential term he won — “purely by chance” — the first prize in the National Lottery twice, erected a statue to himself while alive and gave free rein to the game, and so ended his term with a personal fortune of several million pesos.

Parallel to these activities, the first railroads spread across the country, the cities were notable for electric lighting and urban trams, the first journey by air from Havana to Santiago de Cuba was made, and radio burst forth in Cuban homes. Meanwhile political and administrative corruption reached worrying levels. One such example happened to the Old Convent of Santa Clara where, during the inflationary period, known as the “Dance of the Millions,” a private business bought the Catholic Church for less than a million pesos, and then, when the country entered the crisis know as the “Lean Years,” at a time when prices had fallen, Alfredo Zayas bought it for 2.3 million, more than double the initial price paid.

Several members of Zayas’s cabinet objected that the purchase was approved by law, among them the Finance Minister who refused to endorse the deal, forcing the President to replace his signature with that of the Secretary of Justice, Dr. Regüeiferos Erasmus, who had been invited to deliver a speech at the Women’s Club tribute to Paulina Luisi.

At the moment when he was about to begin speaking, 15 youths rose in protest and one of them, the young lawyer and poet Rubén Martínez Villena, apologized to the president and announced the group’s decision to leave the room in protest against the Minister of Justice, who had signed the deal for the purchase of the Convent.

The next day, The Herald published a manifesto known as the Protest of 13, as two of the original 15 participants abstained from signing. The document said they felt honored and pleased to start a movement against the immorality that debased the country and announced hereafter that they would be willing to adopt the same attitude of protest toward any act in which a person was stained by lack of patriotism or citizenship.

The arguments used to answer the question of why such events do not occur now were as follows: First, because parallel to the moral decay of the ruling elite, the civic virtues of citizens, which never disappear entirely, were re-emerging in various social sectors of the country at that time. Second, because the institutionalization of democracy endorsed in the 1901 Constitution — including the separation of public powers, the recognition of freedom of expression, religious freedom, freedom of assembly, association and movement in and out of the country, habeas corpus and the inviolability of the home — allow this type of civic demonstration.

The trade union movement, starting at the time of the Strike of Apprentices in 1902, spread across the country and influenced the passage of several laws favorable to workers. The university students demonstrated in 1921 against granting the degree of Doctor Honoris Causa to General Leonard Wood and Enoch H. Crowder, and in December 1922 the University Students Federation called for autonomy.

After the Protest of the Thirteen, the Cuban Action Falange was created, as were the Retail Group and the Veterans and Patriots Movement. In 1918 the Socialist Group was created in Havana, which led to the founding of the Communist Party in 1925, and the Cuban Junta of National Renovation, in 1923, published the Manifesto to Cubans, to name but a few isolated examples.

The absence of these freedoms and spaces that served as support for citizen expression disappeared. Now, when it’s not about political and administrative corruption but rather a profound structural crisis that affects everything and everyone, attempts to engage in civic conduct are denigrated by the State which possesses a monopoly on the communication media and has a numerous and efficient police apparatus dedicated to repression.

Comparing the scenario that produced the Protest of the Thirteen with the present, one can understand the magnitude of the setback suffered by Cubans in the area of civil and political rights, to the point that the government praises the behavior of the authors of that Protests at the same time they repress anyone who follows their example.

However, as virtues never disappear entirely, the citizenship behaviors are reemerging, Cubans begin to become citizens, a process that needs to be accompanied by educational actions from the existing core of civility, to form a culture of rights as a necessary premise for the participation of Cubans in their own national destiny.