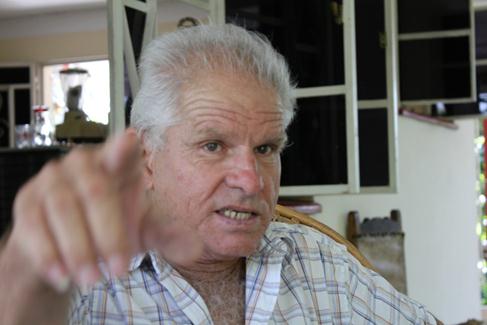 The Minister of Finances and Prices, Lina Olinda Pedraza Rodriguez, ordered the execution of a process of confiscation against Teófilo Roberto López Licor, 66, based on Legal Decree 149 “on the confiscation of goods and accumulations made through improper enrichment,” known as the Law Against the Newly Rich and its regulation, Decree No. 187, both from 1994.

The state representative demands the confiscation of the goods and income obtained by the López Licor family, during a period of ten years (1998 to 2008). However, the resolution dictated in July 2009 is based on confiscatory record 1349, which does not specify the year of filing. This is a detail that creates doubt concerning the application of the legal decree with retroactive effects, on behalf of an organ of the state.

According to the Constitution of the Republic, non-criminal laws have retroactive effects when they deal with a matter of public interest or utility. Decree Law 149 is of an administrative character and in its operation does not mention that particularity.

The process also affected Pompilio López Licor, 61, and Teófila Elsa Ávila Gutiérrez, 60, brother and wife of Teófilo Roberto, who along with his son, Antonio, were named by the Ministerial decision, as third parties who benefited from the unjust enrichment.

The national deputy for the province of Villa Clara said that the three houses, two cars, a motorcycle and several other items, including appliances exchanged under the “Energy Revolution,” were obtained and legalised by Teófilo, and hidden through subterfuge, under the names of his relatives, without specifying which acts were illegal.

However, no legal action has been directed against members of the Municipal Housing Management of Arroyo Naranjo, in the City of Havana, who acted in the legalisation of the assets and property mentioned.

The confiscated goods amounted to 2,347,834 Cuban pesos and 24 cents. The value was certified by experts who did not specify, as they are legally required to, how the appraisal was carried out, or what the parameters were that were considered, nor the factors that were taken into account in the estimate.

López Licor is self-employed in the regulated activity No. 646 of “maker-seller of food and soft drinks at a fixed point of sale” and has documents from the income tax office substantiating an income of more than 500,000 Cuban pesos.

Teófilo Roberto can also establish receipt of 18,000 convertible pesos (CUC), 450,000 Cuban pesos (CUP), as received remittances from the United States from six brothers and a son living in that country.

However, the Central Committee member of the Communist Party of Cuba, Pedraza Rodriguez, dismissed the evidence provided by López Licor. He argued that the self-employed workforce engaged and the bank documents did not prove that he had actually received the money. The law considers it criminal to use labour that is not family. However, against López Licor, the penalty is not imposed for that reason.

The defendants appealed against the ministerial decision through the Reform Appeal before Pedraza Rodriguez himself, who declared it to be without merit, confirming his decision, in October 2009. On June 22, they appealed to the Head of Finances and Prices, the start of a special review procedure. However, the execution of the penalty of confiscation is not interrupted, although they have not exhausted all the avenues for appeal.

Decree-Law 149 places in a state of helplessness those affected by it by preventing access to the courts for justice against an act of the administration that is harmful. However, the Constitution of the Republic states that “the confiscation of property is applied only as a punishment by the authorities in cases and procedures determined by law.” The Penal Code applies as a specific penalty and accessory for a crime.

However, the Prosecutor, who is responsible for the exercise of public prosecutions on behalf of the state, decided to undertake an administrative proceeding before activating the court for the commission of crimes. In a criminal trial, the relatives of Teófilo Roberto never would have been responsible for the acts of others. The responsibility is individual.

The Cuban Penal Code, in force since 1987, provides that “the confiscation of property does not include … the goods or items that are essential to meet the vital needs of those sanctioned or their close relatives.” Therefore, in criminal proceedings, housing can not be seized.

The validity of this rule in the Cuban legal system does not protect general interests, destroying the trust and security that should surround the whole legal system. Its application violates the legal and penal guarantees offered to citizens and leaves them defenseless against the excesses of the government.

Lina Olinda Pedraza Rodríguez, Minister of Finance and Prices, claimed in her decision that the seized items “are not the result of honest work.” However, the Cuban Civil Code defines unjust enrichment as the transfer value of an estate to another, without legitimate cause. The Economic Control Minister was appointed by the government but is not qualified to administer justice. The powers under Decree Law 149/94 are unconstitutional and arbitrary.