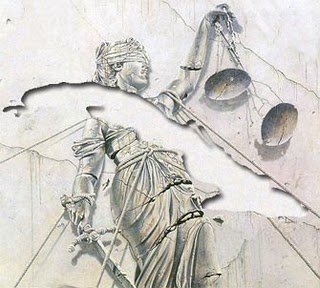 Faced with the delay of the Attorney General of the Republic, his refusal to modify the terms of custody and to violate the terms provided in the law, my brother started a new hunger strike on December 30 with only four months of recovery from another that lasted 107 days.

In this he demands a review of his case, seeing how our family has knocked on so many doors and been greeted only by lethargy and deaf ears. Today he claims his freedom to which he has a right, at least until the completion of the process, a change of custody measures.

When we were notified in September by the People’s Supreme Court that the sentence No 120/2010 was annulled and the whole process restarted, Yamil recovered his serenity, having to remain for some time more deprived of his liberty while the Instructor complied with the order from the Judicial Body. It was the middle of October when the case came to the hands of the Instructor and he proved the truth of my brother’s declarations, and so delivered the conclusive report to the prosecutor November 30, saying that the charge that Yamil supposedly entered the country illegally, was based on the argument that he had a flare gun at his disposal which he could have made use of.

On Friday December 3 the Instructor with Yamil and expressed to him that he would be released the following Monday and taken to the legal home of his mother to await the paperwork. While waiting for this to happen, Yamil remained in the same place and the official said he would be released in a week or a week and a half, saying the same thing to the consular officials of the United States Interest Section who visited my brother on December 10.

What happened is that since the beginning of the December the prosecutor had the file of the preparatory phase given to him by the Instructor and until the time there was no pronouncement, when Law 5 (Penal Procedures), in Article 262 gives a time frame for this of up to ten days. On the other hand, the attorney asked for a modification of the custody measures for Yamil and the response of the prosecutor was evasive and without foundation.

The defense was forced to submit to Record of Complaint to the Head of Criminal Procedure of the Attorney General’s Office, with 5 working days to answer, making Tuesday 25 January, the 5th and last day to issue a response.

The Prosecutor, the term implies, should guarantee the legality, however, limiting myself to this case, has been the complete opposite. To commence criminal proceedings, as was done three years ago, under an alleged crime that had no substance and to move it to the courts without objective basis, leaves a lot to be desired. But, he continues in error or perhaps pursuing an objective associated with his apocryphal mistakes, while an INNOCENT man suffer the rigors of an absurd confinement and hunger to demand respect for his rights.

Yes, Yamil is INNOCENT. The flare gun is used to signal that you are in danger and, though my brother was in a similar context, he did not feel unprotected. Despite the horrible weather and sea conditions, he had two sets of GPS equipment that allowed him to orient himself and his vessel had two outboard motors, in perfect working condition. Anyway, this gun is not a used as means to advise that one is entering an international port and his forced arrival for temporary protection (from the storm) exonerates him of any criminal liability, an issue set out in Article 22.1 and 215.2 of our Criminal Code.

The arguments for the innocence of Yamil Dominguez are overwhelming, but Cuba has to justify, before public opinion, the more than three years he has been in prison, so they have no other alternative but to charge him with illegal entry into the country.

Justice should be blind because we all have the same rights and are equal under the law. Unfortunately, many of those responsible for exercising it, remove the blindfold from their eyes and it is, at this exact moment, that they cease to be impartial and give birth to iniquity. Sufficient reasons exist for my brother to be freed. The reasons are obvious and we are confident that the truth will out; the pitcher can only go to the well so many times before it breaks.