Granting the wish of Ángel Santiesteban-Prats, who remains unjustly imprisoned, that his voice is not silenced, and while I await for him to find a way to send me his posts, I will be publishing, starting today, the ones he sent me in the past, as to keep his voice alive in these isolating times that prevent him from publishing in his own blog.

Last night, after we were locked in our barracks, we heard screams and remained alert. Shortly after, we saw the prison guards running around and calling for the military-on-guard. They had caught a thief who had entered one of the storage rooms that hold construction materials. When he was brought close to a light, we were even more surprised: we soon recognized him as the other military officer who guards the prisoners. He’s not more than twenty years-old.

While being taken, he kept explaining he needed to fix his house, as he was getting married. For this, he would need to divide the space so he could be independent from the rest of the family and start his married life.

We can imagine it was humiliating to him for the prisoners to see him detained and then see him being pushed into the patrol car that would carry him to the police station. One of the inmates joked: “The birds shooting the rifles.”

One more young man who will be added to the thousands waiting in Cuban prisons.

I’m sorry for those who do not understand this, but in the prison cell where they lock in people who rob, not for luxuries, but for necessity, I would instead lock in the politicians, whom I blame for cutting those young lives short and ignoring their most objective needs.

Ironically, it is a sort of luck and a relief for their families to see them in prison, as at least they know they will be alive and they know they can wait for them to return, as opposed to the families of those hopeless ones who venture into the sea risking their life and, in many cases, losing it in the attempt. 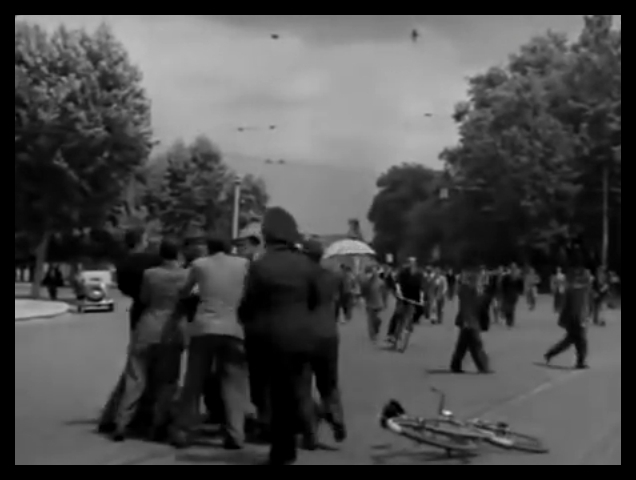 Those who live or have lived in Cuba know that the salary here is not enough to live on, not even in the case of the most lauded or brilliant professional.

Inmates assure us that the real ambition of the guard, now locked inside some dark and fetid cell, was—after becoming independent of his family—to buy himself a bicycle.