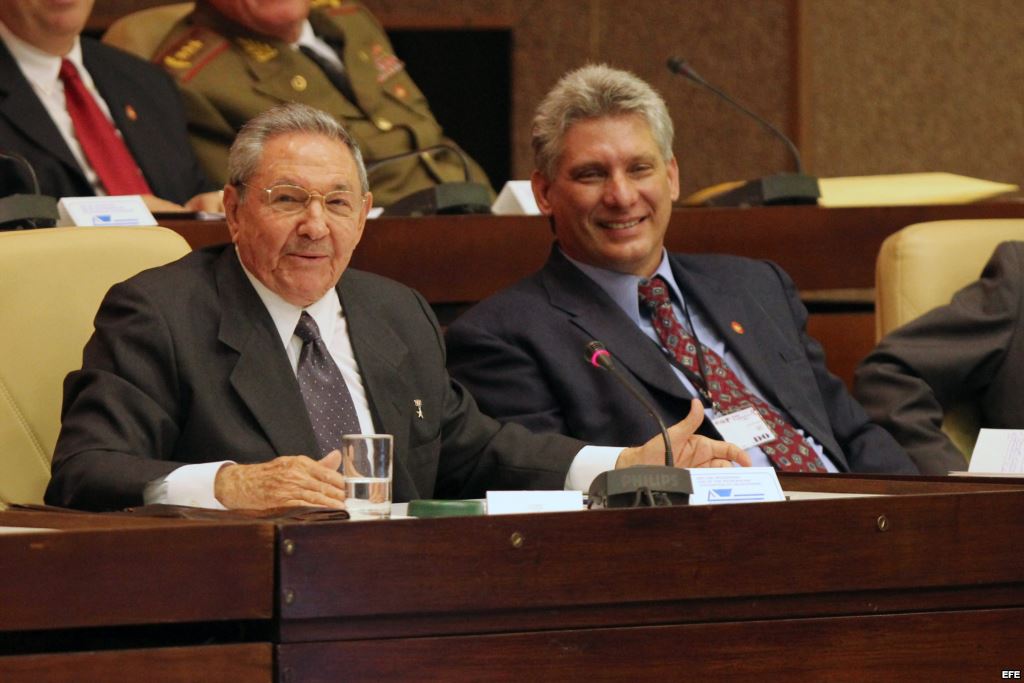 I often ask myself why we do not take a moment and dispassionately take note of the indications and evidence that, starting at the top, the Cuban government is trying to design the post-Castro future for us.

Not long ago General Raúl Castro organized meetings throughout the country at the neighborhood level and at places of work. People were asked to discuss their problems  at these events without fear.

The sense of catharsis these provided was important. People discussed their problems, though without seeing them resolved, and the government bought itself some time. As a result commissions were set up and plans were laid down.

Raúl Castro is a military man who retains a Cold War mentality. Before adopting a strategy, he creates commissions and studies every situation in detail before moving forward. Every demonstrable problem has three separate commissions studying it.

All this compartmentalization means deserters, critics, dissidents and the new public faces on political scene can, therefore, act only as reporters. They cannot speak of governmental plans or the future without venturing into the dangerous territory of speculation and error.

Even Miguel Díaz-Canel — first vice-president of Cuba and the person who, according to the current constitution, succeeds the president in the event of the latter’s absence, illness or death — criticized the restraints on the press during an address to the recent Ninth Congress of the Cuban Union of Journalists, but avoided making any commitments to eliminating them.

Personally, I consider Miguel to be an honest man, but he is an official puppet who is not part of the inner power circle. Therefore, he is not privy to what will happen tomorrow, or even in the next fifteen minutes.

The results of the recent elections and the inclusion of new faces in the Cuban government do not represent a significant change. It is a feeble attempt to promote the false image of a transition, a simulation which aims simply to appear pluralistic. Cuban elections are controlled voting procedures designed to obtain public approval of hand-picked candidates and to place civilian marionettes in government posts.

Ah, but might these people’s thinking boomerang, turning them into tomorrow’s faces of change? I think so, but I do not believe for a moment that during the initial phases of the long-awaited post-Castro era these people are capable of moving the foundations of government, changing the character of the judicial system or altering the solid chain of command that currently exists among the power elite and the military.

I presume that in time the eventual passing of the so-called historic leaders will allow for the emergence of new group who, once in power, will be more disposed or will feel obliged to implement truly democratic reforms.

The self-employment initiative — notice they never call it entrepreneurship so as to distance it from capitalism — was a masterful stroke. It showed a convenient — I would add apparent — path to a market economy. It also created hope in a wide segment of the population which looked towards micro-businesses as a way up. With any luck it would allow these people to ascend from the micro to the small, and from the medium to the macro.

But let us not kid ourselves. This is all a myth. The Cuban micro-business economy is one of tiny shops and subsistence. Instead of a stimulus policy, entrepreneurship is hampered. Profits made by the self-employed do not lead to prosperity because they cannot be reinvested; they can only be used to plug holes.

But every rule has its exceptions. There are private businesses with parallel, presumably illegal entrances which — along with a dangerous but necessary moneyed class of entrepreneurs and intellectuals — are tolerated and used to give society a timely touch of success and prosperity.

It is a well thought-out plan for governing. Pretend conditions are good, confuse everyone, and continue down the path that increasingly concentrates rights in the hands of the state rather than promoting a state of rights.