Cubanet.org, Reinaldo Emilio Cosano Alen, Havana, 6 February 2015 – Bee venom is considered 500 thousand times superior to any antibiotic. But where to find that medicine and food, previously so abundant, older than mankind?

The sick man came to the clinic with a bad cough. The doctor diagnosed bronchopneumonia. She prescribed antibiotics. And issued the challenge: “If you find honey, don’t stop taking it.” 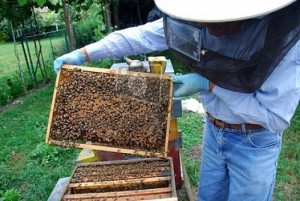 After many inquiries he found a farmer who empties his hives, puts the honey into discarded rum bottles and sells them on the black market for 50 Cuban pesos (two dollars; a fifth of the average monthly salary) each.

It is not worth questioning the hygiene of the package or the quality of the honey, issues that are for the European Union and other importing countries. The Apicultural Research Center in Havana analyzes and certifies nine physical-chemical parameters for all honey for exportation.

“Here we check aspects like moisture, diastase and hydroxymethylfurfural – which describes the freshness of honey – acidity, electrical conductivity, non-soluble solids, reducing sugars and apparent sucrose,” explains Maidelys Pena Garcia, technician in Food Technology in that laboratory. (…) For the export of honey to the European Union there exist rigorous regulations, among them limits on residues of prohibited substances like pesticides and antibiotics.

Some years ago they stopped selling honey in the pretty pitcher-shaped glass jars in the CUC (hard currency) stores. There was no explanation why the State, which controls honey from the agricultural phase to the retail, gave up the lucrative business in the so-called border market (in foreign currency). It was also sold at reasonable prices in state farmers markets. What happened to the honey?

Even the popular honey-filled candies disappeared from the marketplace some unknown time ago.

“The state buys all the honey from the farmers but the lack of honey in the domestic market incites traffic on the black market, theft of hives. The hives are mistreated because the thieves always are in a hurry,” says Diosdado Ferrer, an old beekeeper from the Mayabeque province. 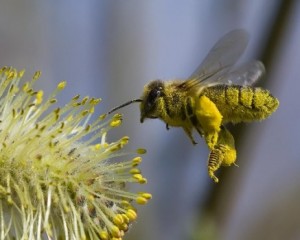 Deforestation and frequent periods of drought are other causes that reduce the production of honey, royal jelly, propolis and wax. The bees can die of hunger. A temporary solution is the transfer of the hives to sites with better blooming, among them the coastal flowering mangroves.

Each worker bee visits some 7,200 flowers during his fifty days of life in some two hundred thousand flights in order to make barely five grams of honey!

Bees and other useful insects effectively contribute to the pollination of flowers and the production of fruit, another cause of the reduction of agricultural production in the country.

“Bees form part of the food production chain, hence the great concern about their deaths. In temperate climate countries 30 percent of foods that are produced are thanks to bee pollination,” says Doctor Adolfo Lopez Pinero, director of the Apiculture Research Center.

Our grandparents cured themselves with honey from bees, which was sold in all the stores of the country. But that was also when we were the world’s sugar bowl. The bees are not at fault.

Reinaldo Emilio Cosano, Havana, May 1943, graduate in Philology from the University of Havana. He worked as a professor the last twenty years of his professional life. He was fired from teaching for lack of “political suitability,” as recorded in the minutes of the final separation. He was a member of the Cuban Committee for Human Rights and participated in the Democratic Cuban Coalition. He has been writing for more than ten years for CubaNet, through the Sindical Press agency, of which he is manager. E-mail: cosanoalen@yahoo.com