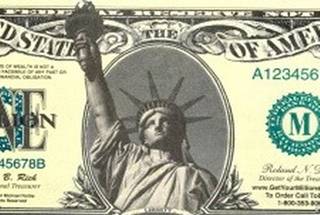 A few months ago, in a post about Puerto Rico, I wrote that in November, in a plebiscite to be held, we would know what Puerto Ricans now think about their political status. The results of the constitutional inquiry show that most citizens were in favor of changing the current status of the Commonwealth and becoming the 51st state of the Union.

According to data released by the Election Commission, the 53.99% voted to end the current status and 46.01% voted to keep it. In addition, 61.15% voted for statehood in the United States, 33.31% for continuing as the Commonwealth and 5.53% for independence.

For the first time in history annexation to the U.S. received the highest number of votes. In previous consultations, 1967, 1993 and 1998 the Commonwealth option had won. It seems that now, more than ever, the independence option is not of interest to Puerto Ricans. Indeed, in the recent elections, the independence won only 2.6% of the votes.

It now rests with the Congress of the United States, in line with the provisions of Article IV of the Constitution, to determine their acceptance as the 51st state, as Congress decides which areas are incorporated into the Union.

I think that the Cuban authorities as well as those other ALBA countries, looking at this demonstration of the democratic will of the majority of Puerto Ricans will stop interfering in the internal affairs of the island and withdraw their absurd demands for its independence, raised in international bodies, and will cease to call it a colony.

It seems that Puerto Ricans, intelligently, without losing their Latin American identify, prefer to be full U.S. citizens. In short, since 1917, they have enjoyed this citizenship and have not suffered coups, fratricidal conflicts, revolutions and dictatorships, common in other countries in Latin America.