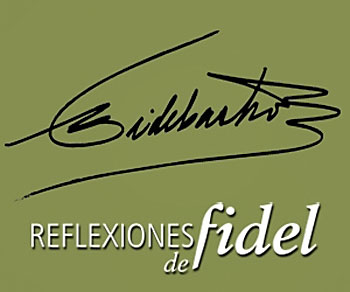 On the evening of June 24 at 5:15 PM, the cyber-comandante Fidel was back, once again offering up his reflections. This time he went to great lengths to explain himself but, unfortunately, no one understood him, not even his own brother.

He started off with his obsessive and repetitive fixation on universal disaster, went on to reprimand the international media for not covering issues of greater importance, and closed by extending his congratulations to Maradona, to Messi, to Telesur and to American soccer players.

Commentaries such as these prove the former president does not have a body double. If he did, he would not write so much drivel.