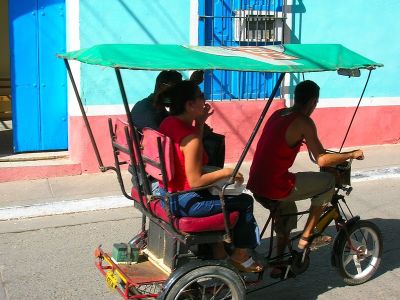 One of the most frequent topics of discussions when talking about Cuba, is whether the reality in which we live can really be called “socialist.” For my generation, which grew up with books on Marxism, manuals on scientific communism, and volumes of the writings of Lenin, it is difficult to find the Cuban model in those works. When someone asks me about it I say that on this island we live under state capitalism, or, as one perhaps could call it, on the Party’s plantation… the family clan’s plantation…

My theory derives from those ancient books I was forced to study, where there was one factor essential for characterizing a society as socialist: the methods of production were in the hands of the workers. But what I see around me is an “omni-proprietary” state, owner of the machines, the industries, the infrastructure of a nation and of all the decisions made about it. A master who pays the lowest possible wages and demands applause and unconditional ideological fealty from his workers.

This miserly owner now warns that he cannot continue to employ more than one million of those working on the public payroll. “To advance the development and actualization of the economic model,” we are told payrolls must be drastically reduced, while opportunities for self-employment will see only the smallest and most controlled expansion. Even the Cuban Workers Center — the only labor union allowed in the country — reports that the layoffs will come soon and we must accept them with discipline. A sad performance for those whose role it is to represent the rights of their members vis-a-vis the powers-that-be and not vice versa.

What will the antiquated owner, who has possessed this Island for five decades, do when his unemployed of today become the dissatisfied of tomorrow? How will he react when the labor and economic autonomy of the self-employed turns into ideological autonomy? Then we will hear cursing and stigmatization of the prosperous, because any surplus — like the presidential chair — can only be his.