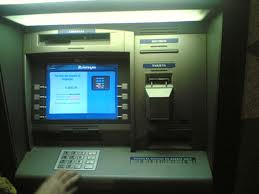 Several banks in the capital’s municipalities have broken ATM cash machines, which makes it hard for people to get their money.

In Cuba the use of technology to facilitate and expedite service to the population in the metropolitan banks, fails to live up to the same services and technology of other Latin American countries.

Ana C. Jimenez, 45, says she lives near the metropolitan bank that is next to Quinta Canarias — a center for people with psychological problems — in the Havana municipality of Arroyo Naranjo.

“Every time I go to take money out, the ATM is broken, and this is a bank that’s always full of people and there’s one line for all transactions,” Jimenez said.

The simplicity of having a magnetic card to withdraw money from any ATM is complicated. The truth is that many people don’t want to travel long miles to avoid the huge lines at banks, but many complain they have no choice but join those lines, and then spend long hours of waiting to get the money to buy food.

One problem that affects these services is maintenance, the State enterprises, as usual, exploit the equipment until it stops working. Then when it breaks they repair it, instead of maintaining it so so it doesn’t break. By not tracking the maintenance, the machines break more often and it shortens their useful life, and causes problem for citizens.

The truth is that, meanwhile, the technology is out of service, and instead of maintaining and caring for it so it functions efficiently, citizens are stuck in lines for several hours.