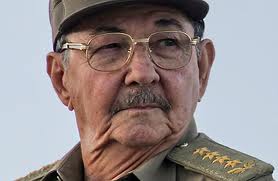 Friday, the Cuban press issued an aggressive statement from the Ministry of Foreign Relations, against the United States Interests Section in Havana (known as “SINA” from its initials in Spanish). A traditional verbal escalation toward our neighbor to the north, accompanied this time by a diatribe about an Internet room open to the public in its consular site.

The place has been there for a long time and is visited by dissimilar people. From students doing research, to independent journalists needing to publish their news, to families of exiles who want to contact them by email. In a country where access to cyberspace is a luxury enjoyed by few, the long lines to access SINA’s Internet center annoys the government.

But after reading the bombastic statement, one immediately questions: Why now? If these rooms with web access have operated for almost a decade, why this week do they appear on the cover of the newspaper Granma? The answer points to what will happen this coming Tuesday at the polls in the United States. This is obviously a play that anticipates the results of the American elections. 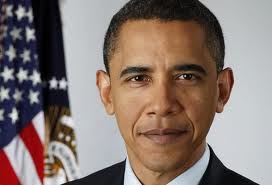 The margin between Barack Obama and Mitt Romney is narrow, as Raul Castro’s government knows well. So for months it has begun to adjust its verbal missiles, as much against one candidate as the other. According to official propaganda the current U.S. president is a man who “has strengthened the imperial blockade,” while his Republican opponent represents “anti-Cuban politics. From bad to worse they warn us on all sides.

From the Island, we look with curiosity and expectations towards elections in our neighbor to the north. There is too much in play across the Florida Straits. The politics of the Plaza of the Revolution defines itself starting from opposition to Washington, which establishes a very peculiar kind of dependence.

Raul Castro launches a timid travel and immigration reform program, and explains he could not go further because we are besieged by the Empire. Permission to legalize other political parties cannot be granted because “Uncle Sam lurks.” While accessing the Internet has to be gradual and selective, so that we are not overly affected by “the Pentagon’s media war.” 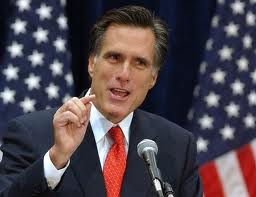 If we analyze this perennial rivalry, we have to conclude that the fate of Cubans has never depended on the United States more than it does now. Our everyday life has never been so subject to the decisions of the occupant of the oval office.

The man who sells fish on a Havana corner hopes that Obama will be reelected, so his brother will be able to continue selling him the special food these colorful animals require. A former political prisoner, however, wants Romney to win because “things have to get much worse before people will react.” And the clueless teenager is more likely to recognize the face of the White House occupant than that of the gentleman in the checked shirt that appears on television as Fidel Castro. Everyone is attentive, apprehensive.

With its bitter anti-imperialist discourse the Cuban government has ended up shooting itself in the foot. For weeks the official medial has talked more about the U.S. elections than about our own elections for the People’s Power, going on at that same time.

Intent on bringing out the negative aspects of the presidential elections, the TV commentators have forgotten the maxim: “Nothing is more attractive than the forbidden.” And so every aggressive adjective, every joke, every diatribe against Obama and Romney, have increased the unusual excitement about the first Tuesday in November.

All this is also marked by the progressive loss of the importance of Cuba in U.S. politics. The marked irrelevance of this Island has become abundantly clear during the presidential campaign, which has devoted almost no attention to us.  That October of 1962, when nuclear missiles forced the whole world to pay attention to the largest of the Antilles, is in the distant past.

Now Obama’s gaze is directed towards other places and the victor will deepen this trend. Whoever is elected will first pay attention to the economic problems within the United States and try to stabilize its finances. The crisis in Europe will occupy a good part of his attention, as will the situation in Iraq, Afghanistan, Iran, and now Syria.

Raul Castro needs to regain prominence on the agenda of his eternal enemy, because he sees the power in it. His discourse, from Cuba and when he travels abroad, is based on that rivalry, he cannot exist without it. Thus, we see signs of an escalated diplomacy to force the American president to take a position.

The political language takes on a sharp edge, the insults are polished off, and little stabs of confrontation seek to force the next leader to react. These are times of trying to insert himself into the priorities of the neighbor to the north, regardless of the cost… but the strategy isn’t working.