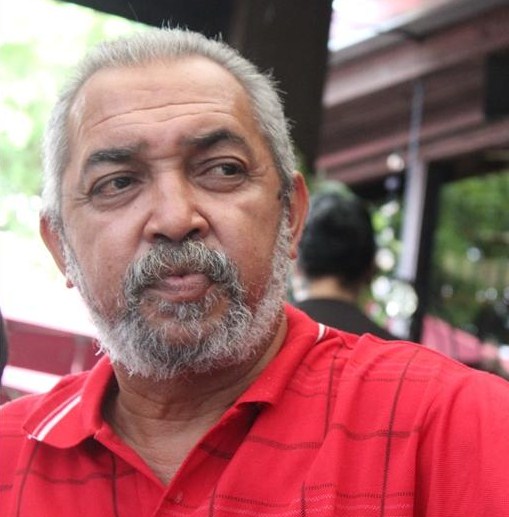 Men who believe themselves to be free manage to break the bars imposed on them by authoritarian regimes. The Cuban Writers Club (CEC), established in Havana in May 2007, is an initiative that arose from the desire for free literature, poetry out loud, and a way to rub up against life as if they were living in a free country. A couple of weeks ago I had the good fortune of having lunch and chatting with one of these free men, Víctor Domínguez. Armando Añel delivered him through the crazy Miami traffic.

“A group of writers, some of the members of the official National Union of Cuban Writers and Artists (UNEAC), others from the Hermanos Saiz Association (AHS), but all of us marginalized from the institutional spaces because of ideological problems, realized we needed our own independent space. We are more than fifty writers from the whole county, and twenty of us have published works, which is an accomplishment,” says Victor Manuel Dominguez, co-president of the Club.

Dominguez is one of Havana’s veteran independent journalists who survived the hardships, arrests and police harassment. “Twice they have expelled Jorge Olivera Castillo and me from literary and cultural meetings we were attending — once it was in the Cuba Pavilion — and we have to say that we are here and we are going to continue doing our literary work despite the repression and censorship,” said the author of the banned and still unpublished novel, “Operation Cauldron.”

The fruits they already taste

Jorge Olivera Castillo is one of the independent journalists who has survived hardships of every kind. He is the founder of Habana Press, a banned press agency born in the long past year 1995; he was sentenced to 18 years in prison in the well-known Black Spring of 2003, and today has nearly a dozen books published by helping hands around the world.

“It was prison that made me turn to literature, and especially being at the side of Raul Rivero, unfortunately now in exile. I was in solitary confinement for a year, in a cell in Guantanamo, six hundred miles from my home in Havana, but literature helped me to survive,” Olivera Castillo said with pride.

The award of the Franz Kafka Novels from the Drawer Prize to Frank Correa Romero in 2012 for his work “The Night is Long,” and that fact that 2010 was “a great year” for Olivera Castillo, made them realize they were beginning to reap what they had sown.

Jorge Olivera Castillo has published nearly a dozen books of poetry and prose. Publishers from half the world have helped him, not because of his having been condemned to 18 years in prison in the 2003 Black Spring, the only criterion is the quality of his writing. Olivera saw his book of poems appear almost a decade after they were written: “Lit Ashes” (Polish-Spanish, Lech Walesa Institute, 2010), and from Galen Publishing (French-Spanish) “In Body and Soul,” which had been published in 2008 by the Czech Pen Club.

The world, all the worlds

In Havana, the Swiss, German and Czech embassies have opened their doors to these bards to develop their literary gatherings, blocked by the authoritarian regime. The German Romantic Period, the work of A. Von Humboldt, the dramas and poetry of Polish writers, as well as readings by their own members, are part of this unique Writers Club.

The digital magazine Puente de Letras (Literary Bridge) contains all of this flood of creation: the list of its members, the prizes they have won, fragments of works half done and on their way to publication, are part of the mission of this attractive digital site.

Looking ahead, they have made this bridge to the future. “This is a source of feedback, you write and life gives you these prizes: the books, the friendship, the sharing,” Olivera concluded.