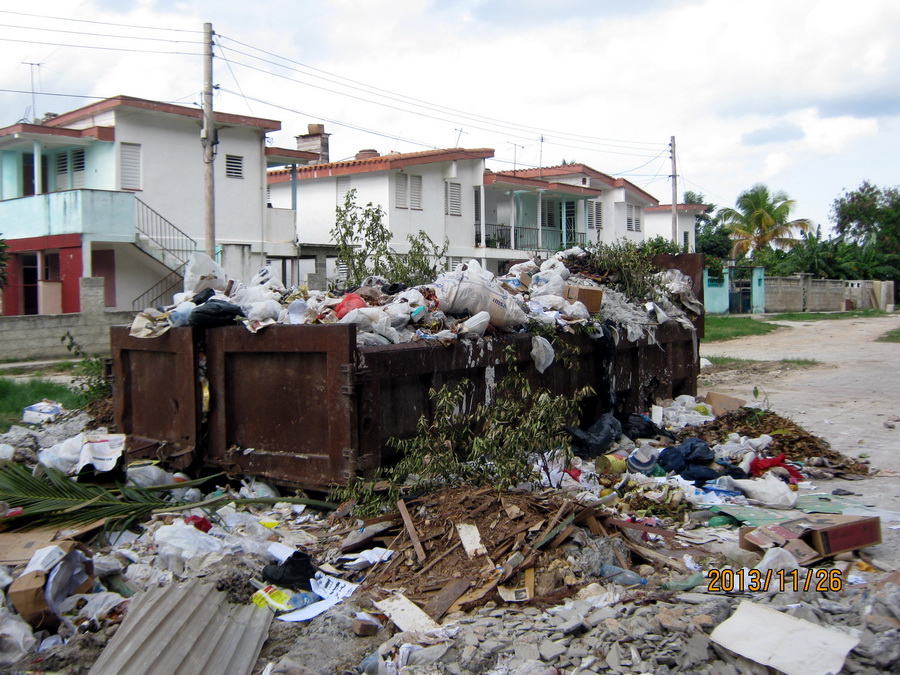 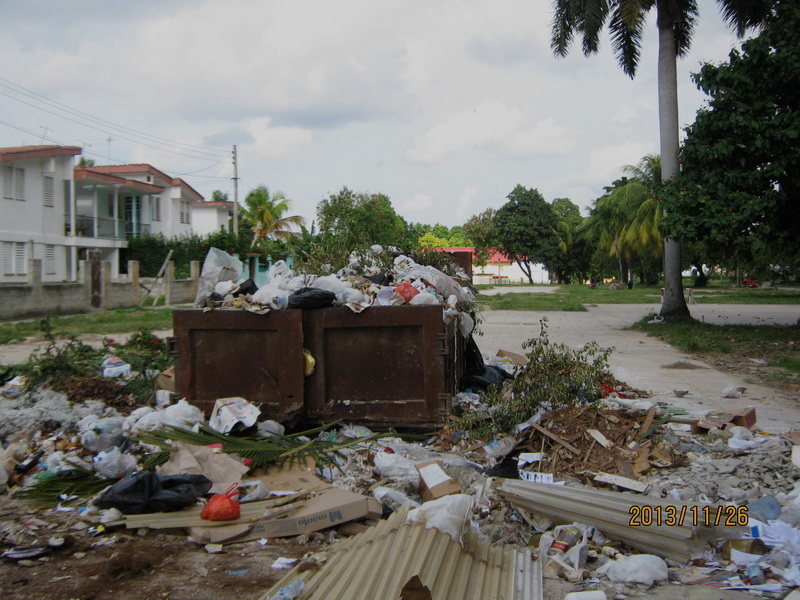 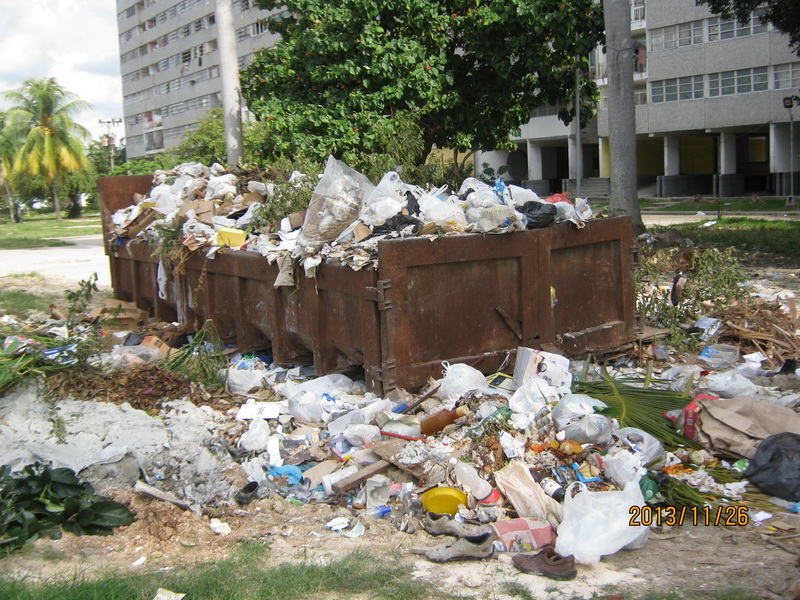 “Communals” is the People’s Power Company charged with garbage collection, among other tasks.

Behind the “12 Floors,” as they call the building in the block formed by Tulipán, Loma, Colón and 39th streets in Nuevo Vedado, the solution to trash collection for this gigantic apartment block, as well as for the adjoining houses, has been to place an enormous dumpster there to collect the garbage. This huge container is left uncovered, exposed to wind, rain rodents and insects. The space all around it is fulled with empty plastic bags, paper, cans and every kind of object, which the residents themselves throw there, on finding the container overflowing. This is without taking into account the stinking sewage that leaks from the sewer pipes coming out of the building itself, which leads to the subsequent contamination, which makes it almost impossible to walk by the place.

According to what some residents told me, it can take a week or more for the crane that is supposed to lift the container to come by to collect it, not to mention that in doing so, it is carried across the city to its destination, contaminating everything along its long journey. They also tell me that the garbage trucks don’t have the necessary equipment to collect what is outside the containers, so they leave this trail of filth which is gradually blown all over the pavement by the wind.

With this in the environment there is no point in going any further to invade the privacy of the residents, but the famous health brigades try to force their way into people’s apartments without any prior notice, fining those who have a bowl of water, not to mention that the fumigators, who use that annoying burning oil, tell you to close and leave your house on the pretext of eradicating the mosquito that causes dengue fever, an illness than has become endemic due to the unhealthy conditions prevailing in the city.