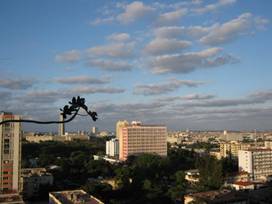 Although I do not consider it one of the current critical issues, I think it is important to set out some opinions about the Cuban left. Today we talk about an old and a new left. I believe that, in the Cuban case, the left as such, whether old or new, is discredited by five decades of political, economic, and social mistakes, dogmatism, and inefficiency, manifested in all aspects of its practice. Holding power, or allowing it to be held in its name for over fifty years, the Cuban left has not been able to do anything important or lasting, and has only rolled back the country to a situation of poverty and subordination to the outside, like never before, not even during the most incompetent and corrupt governments. This disqualifies it morally from purporting to offer solutions and projects in the immediate term at the end of the current “model,” or from even being considered.

I understand that the left may play a temporary role in the transition, but it will take a number of years before another left, stripped of the dogmatism and inefficiency that have characterized the current version, can earn some respect, credibility, and space in the Cuban political landscape. Undoubtedly centrist or even center-right thought will prevail during the early days, without anything close to leftist thought: a logical response to the leftist saturation of more than five decades. Those on the Cuban left should understand this, if they are intelligent and learn from their mistakes, and not try to occupy positions of authority, which would introduce an element of confrontation into the process of change.

If all these elements come together properly, and if, as the saying goes, these fifty years have provided a vaccine against all the “isms,” then the Cubans will be able to return to the Republic — battered in part in 1952 and completely destroyed after 1959 — to restore it, perfect it, and make it our common home, where a real democracy, strong and efficient institutions, and a free economy, ensure to us the peace and prosperity we need in order to insert ourselves into the world and rejoin it.