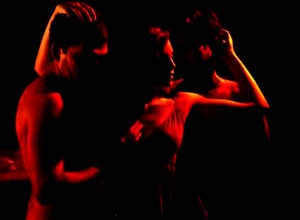 When the 32nd edition of the Havana International New Latin American Film Festival opened, I commented on the event’s programme and the expectations by genres, nations and other details of interest, based on the preliminary information offered by the organizers. Now that the party is over, we need to recap the Cuban film industry, whose producers went through pains when competing against Argentina, Mexico, Brazil and other emerging film regional producers of countries in a better financial situation than our island’s.

Cinema buffs from Havana followed the national production closely, standing in long lines to enjoy its feature films and debuts, even when some of them were not as attractive in the end as we had hoped they would be. Of the 21 feature films in competition, 4 were home-made: Larga distancia (Long Distance) by Esteban Inausti; Casa vieja (Old House) by Lester Hamlet; Boleto al paraíso (Ticket to Paradise) by Gerardo Chijona; and José Martí: el ojo del canario (José Martí: the Eye of the Canary ) by Fernando Pérez-Valdés, all from 2010, and the last of which was presented a few months back.

A similar identification was noticable with both Cuban debuts (of 24 in total). Both Molina feroz (Fierce Molina) by Jorge Molina-Enríquez, and Afinidades (Affinities) by renown filmmakers Jorge Perugorria and Vladimir Cruz earned the favor of both audience and critics, which endorses our emotional connection with local productions and the artistic crew’s capacity to present problems and infer some clues regarding our national garbage dump.

Even when our films were no competition against those of Brazil and Mexico in the categories of medium and short features—2 from Cuba among 23 from the continent—hundreds of people sought to watch Los bañistas (The Bathers) by Carlos Lechuga, and Aché by Writer Eduardo del Llano, the creator of delightful Nicanor, featured in a handful of films that satirize the usual absurdities and stupidities. Lucero (Lucero) by German Hanna Schygulla—about a Cuban writer who migrates to Spain—also turned out to be attractive to those who envision their dreams outside of the Socialist paradise.

The interest in documentaries seemed lessened. These were shown at one of the four screens of the Infanta multiplex, and at localities like Caracol—UNEAC— or Glauber Rocha (which houses the Foundation of New Latin American Cinema). Of the 21 documentaries in competition, 4 were the work of Cubans: A donde vamos (Where We Go) by Ariadna Fajardo,about de exodus of peasants of Sierra Maestra; Alabba by Eliécer Pérez-Angueira; En el cuerpo equivocado (In the Wrong Body) by Marilyn Solaya; and Revolution by Mayckell Pedrero-Mariol—a look at the hip hop group Los Aldeanos. There was also an evocation of the Peter Pan Operation by pro-government Estela Bravo.

Except for En el cuerpo equivocado (In the Wrong Body)—applauded by the gay community and premiered ahead of the festival—and Revolution, which was viewed clandestinely through flash memory and CDs, the rest of the documentaries did not leave much of an impression, and the same goes for the videos about intellectuals like Ambrosio Fornet, Manuel Pérez and Rogelio Martínez-Furé.

Only a handful of experts and dozens of apprentices were interested in the script and poster competitions, categories for which our artists presented 6 and 7 works, respectively, of a total of 25 and 20, headed by Argentina, with 8 and 4. 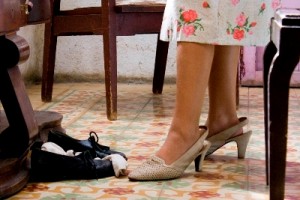 Among the 28 animation films in competition—3 of which were from Cuba—Nikita Chama Bom by Juan Padrón-Blanco was well admired. He gave us a pleasant island alternative to a world in nuclear war. Also well received was Pravda—by the mentioned writer Eduardo del Llano—which features the character of Nicanor, detained by the police in the early morning for doing graffiti.

Shown from December 2-12, Memorias del desarrollo (Memories of Development) by Miguel Coyula-Aquino produced the largest stir. Coyula-Aquino offers us a memorable collage of remembrances and fantasies that revolve around a lone character at the margin of politics and ideology.