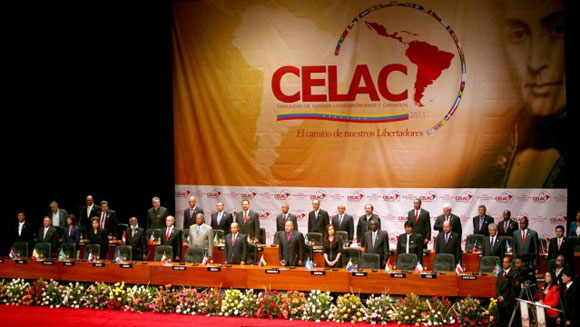 That the first summit of the “Community of Latin American and Caribbean States,” the newly born CELAC, would be a quaint circus where some of the worst habits of our part of Latin America would be on display was well-known. We didn’t know the dimensions of the tent, the variety of numbers that its protagonists would perform, and the rare specimens that would make up the circus acts.

Who didn’t count on the star of the cartel being the bloated Venezuelan president, whom not even the terrible cancer cells can bring to his senses?

Hugo Chavez has managed to establish himself as the official harlequin of all attending the conclave. Suffice to recall that the Iberoamerican Summit of 2007, where he was ordered to shut up by King Juan Carlos I who’d had enough of the leader’s verbal incontinence; or the Trinidad and Tobago Summit of 2009 where, in one of those act supposedly symbolic but in fact ridiculous, he presented Barack Obama with a copy of “The Open Veins of Latin America.” 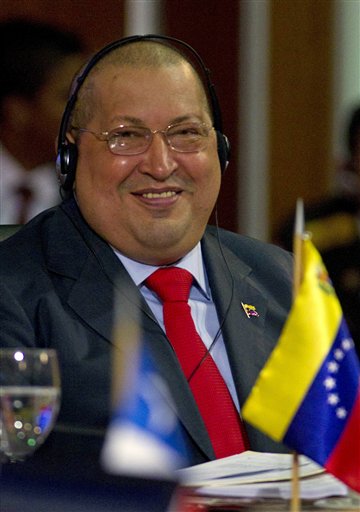 (It was never clear if the gesture had a symbolic purpose or if was just a boost to the economy of his comrade Galeano, the book’s author; after the git to Obama “The Open Veins of Latin America” moved up on Amazon’s bestseller list from position 60,280 to position 10. A commercial miracle.)

Now, a Chavez of inexhaustible rusticity is one-man band: he described with hand movements and delightful onomatopoeia (“Rrrrrrrrrrr”) how he had looked inside the Cuban scanners; he presented Argentine president Cristina Fernandez with a gigantic painting of her deceased husband and former president Nestor Kirchner, (that he himself painted), which even without the triple squint represented by the artist was, per se, in bad taste; and to put the icing in the cake: he named as provisional leader of CELAC a Chilean president who had arrived in Caracas with Sebastian for a name, and sent him back to Santiago rebaptized (again, by he himself) as Samuel.

Sebastian “Samuel” Pinera is, in my judgment, a figure of major importance this time. And not because of his heroic and Hollywoodesque rescue of the miners. But I will leave that for X paragraphs below.

Does anyone doubt other proved comic incidents would season the meeting that, according to figures from the always nebulous government in Caracas, cost Venezuela some 25 million dollars? 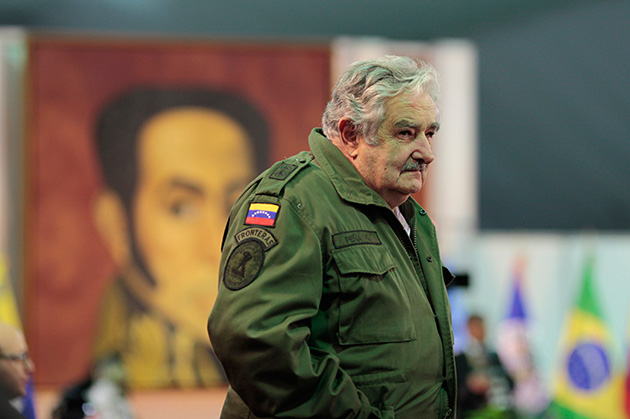 Among the endemic species impossible to ignore at such a Summit was Fidel Castro. The old guy was there. Through the mouth of his brother.

As an apology for being such a teeny thing, such a tiny little President, Raul Castro stepped foot in Venezuela and excused himself, “He who should really be here is Fidel. He is the one who deserves it.” and of course he said it with that voice of his, in the higher octaves.

During his speech at the summit, a speech that was written badly and read worse, Raul Castro had to interrupt his words and ask if the gunshots he heard were Chavez’s war against the mosquitoes. A very refined sense of humor. No, the General has no one to tell him that those cannonades silenced by Chavez’s acolytes were the Venezuelan people banging on pots and pans demanding food. 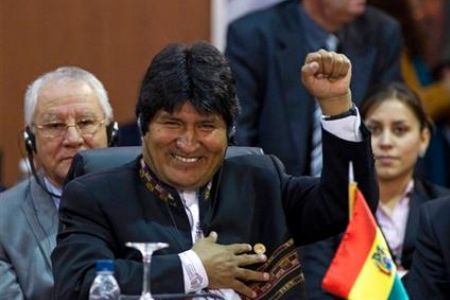 And someone for whom food is a first priority, is the graceful Evo with whom I share a last name. Morales swore that the new community, without the presence of the perturbing United States, would be able to debate “how to deal with the energy crisis, the economy and the hunger ravaging the countries of the region.”

Yes, Evo is concerned about feeding his people. So to do this he has taken chicken off the Bolivian menu; he knows, he knows very well that chicken hormones create baldness and homosexuality, as immortalized in another little speech, and this cannot be allowed among his comrades of the coca and the poncho.

However, perhaps the least visible and at the same time most scandalous act, a number subtly presented, without the spotlights of the spectacle, was another. It was that starred in by the democratic presidents, decidedly distant from the populists and their totalitarian derivatives, those such as Sebastián Piñera, Felipe Calderón, Juan Manuel Santos, and Ricardo Martinelli, reunited with the repulsive ruling class of Daniel Ortega, Raul Castro, Evo Morales Rafael Correa and the host, Hugo Chavez.

What Latin American Unity are they talking to me about, that functions as a framework for cooperation that can exist between countries led by impresarios of the center-right such as Piñera and the Panamanian Martinelli, and those run by individuals from the fierce left with authoritarian mentalities such as Raul Castro and Daniel Ortega?

Still worse: I can’t believe that none of these statesmen gathered at the 1st CELAC Summit ignored that this organization, conceived in minute detail by the Chavez brain, is not pursuing, even from afar, an economic purpose. Before, long before, it has a political objective: distancing itself from the only two countries in the Americas that were invited to join the group The United States and Canada.

If, as is an open secret, the principal directive of CELAC was to dilute the Organization of American States (OAS); if only to supplant the OAS by another community with more respect and credibility were its essence, I think that I myself would have signed on to create it. It would be about burying once and for all an organization dull and useless like few others, whose death throes would not trouble me too much.

But, to give shape to a CELAC whose economic and strategic framework is that of Chavez and Castro, establishing a distance from the United States that frankly could be defined as hypocritical (even the Phoenix capsules that rescued the 33 miners were made by the Chilean Army working with the United States’ NASA), seems to me to be an ethical and moral disaster unparalleled in recent history. 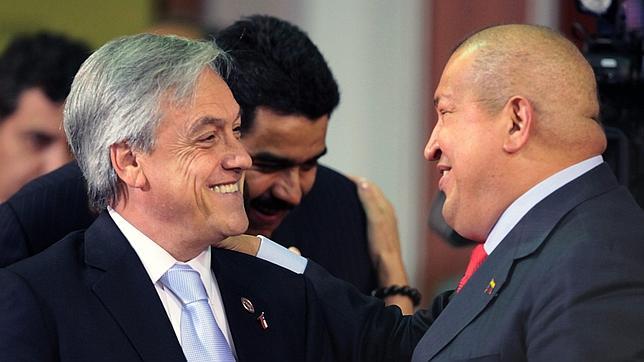 Ugly history begins to demarcate the entrepreneur Piñera, one of the politicians with the most democratic vocation and liberal thinking in the whole region, if he has no qualms in leading a ruling troika of CELAC whose other two members are none other than Hugo Chávez and Raúl Castro. From the time I was small I learned what happens to someone who sidles up to a bad seed: tell me who your friends are and I’ll tell you who you are.

CELAC’s Big Top rose in Caracas, amusing many, surprising others with its bizarre actions. But having dropped the colorful mantle and started up the ruckus, a strange sensation of Latin American farce, of the populism of some interwoven with the opportunism of others, left the too attentive audience with a frozen smile.

Contextualizing and broadening the spectrum of the most famous phrase of the disenchanted Peruvian, it seems that for too long we’ve continued to ask ourselves, like that delicious character of Vargas Llosa, at what moment in time did we fuck over the region.