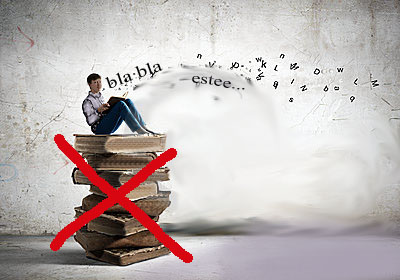 When vast disagreements exist, dialogue and respectful discussion especially generate questions for the present and future. We were accustomed to the language of the barricade, where anything that didn’t align with the Holy Trinity (motherland, revolution and socialism) was as heretic as in the times of the Inquisition. There were enormous ideological fires that any newcomer or forgetful person should never doubt; he/she must only pay close attention to the embers and sparks that still rise.

The issue becomes complicated with the rise of a trendy lack of social discipline. The youth, whose responsibility to govern will come in a historically short period of time, is educated with videoclasses with no educational supervision and “emerging teachers” who barely have the advantage of three to four years more instruction than those they are teaching. With this deficiency in instruction, whatever one doesn’t learn at home, becomes increasingly difficult to learn at school.

It infuriates me to hear people say, “In my time…”, although I had professors who imposed their experiences, demeanor and ethics as soon as they entered the classroom. In addition to instruction, I received an education in school that reinforced the influence of my family on my development. Now, those who may not have good models at home, model their behavior to the beat of popular artists and telenovelas (soap operas), because those behaviors are neither learned in a manual nor from a class on television. Under the illusions of so much patriotism, the youth get just as excited about the anthem of Real Madrid as they do with that of Bayamo.

It will be complicated to discuss the course of this country in context when the youngest members of this nation are (at last) in charge of government. They learned that all you had to do to lead and tame people was to raise your voice and a finger along with a group of ideas-turned-slogans (or are they slogans disguised as ideas?). With those few elements, they said, one could corral the people. I don’t have any contempt for them; I was also once naive and easily convinced.

No one ever taught them how to express themselves in a simple and original way. Pay close attention, if you don’t believe me, to the way youth of any age and background mumble heavy diction, one cliché after another, whenever they speak in public. I noticed this months ago in the Ebola doctors, fifteen days ago in the athletes of the Juegos Centroamericanos [Central American Games], last week in the students of CUAJE or yesterday in the innovators and reasoners.

I can’t allow myself, however, to be a pessimist. With a lot of shame, I borrowed from José Martí. The shame doesn’t come from his greatness, but from the poor who have been bustled about from here to there. Despite the shame, I take what I borrowed as an ethical guide. That’s why I have faith in the improvement of humanity, in future life and the utility of virtue, and in you. I want to say that I believe in the youth who unknowingly prepare for their moment.