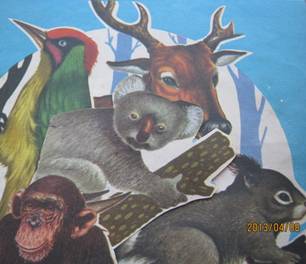 I acknowledge that the recently deceased Bolivarian president, Hugo Chavez, was never a favorite of mine. I always considered him to be a melodramatic populist with a genetic predisposition towards authoritarianism, and rejected the pretension that he was the twenty-first century reincarnation of Simon Bolivar. It is not surprising then that, given his personality and charisma, some of his public and clownish actions — quite the opposite of what one would expect from a responsible head of state —  provoked laughter and gave him a certain appeal among the poorest segments in Venezuela, Latin America and other regional societies, as well as applause from certain people accustomed to extremes.

His successor, now the ruling-party candidate in the upcoming presidential election, is a colorless personality, devoid of charisma or personality. In his proselytizing campaign he employs his predecessor as an icon, attempting to canonize him while desperately trying to be like him by appropriating his personality and his votes in the hopes of achieving victory. I believe this will mark the first time in history that a country votes for a deceased candidate so that someone else, who pretends to be his immediate reincarnation and a kind of clone, can occupy the presidency. Without a doubt, it is a novel approach, one which goes far beyond anything that happens in Macondo* or that imagined by any of Latin America’s magical realist authors.

It remains to be seen if, after April 14, the elected president — faced with the country’s currently critical situation and the problems that must be addressed — will govern by following word-for-word the directives sent to him by his predecessor in the form of spiritual messages from the great beyond, or dictated to him in whispers by a reincarnated bird or other small animal.**

It seems that these days anything goes, even if it makes you look ridiculous in the eyes of the world. Due to a Caribbean idiosyncrasy, we Cubans reject ridiculous people, especially if they are “dullards,” or as they are popularly called, “lead streams,” “worn-out screws” and “broken bridges.” In other words, people who are intolerable and impassable.

From what we have seen so far, the ruling-party candidate possesses all these attributes. Once again Albert Einstein’s appraisal hold true. Only two things are infinite: the universe and human stupidity.

Translator’s notes:
*Maconodo is the fictional town which serves as the backdrop for Gabriel García Márquez’s novel, One Hundred Years of Solitude.
** Venezuelan presidential candidate Nicolas Maduro recently claimed to have received the blessing of Hugo Chavez in the form of a little bird who appeared to him in church.