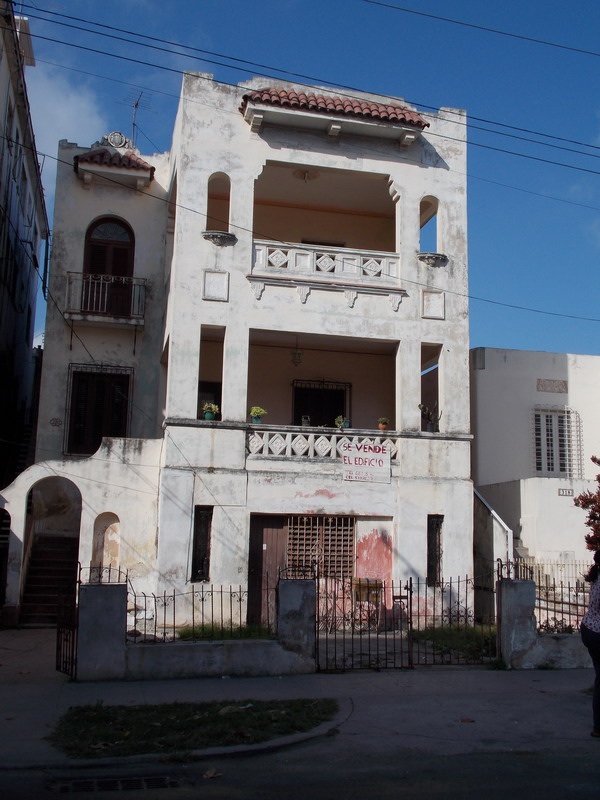 I was having a conversation recently at a friend’s house about new private businesses, doctors being given permission to travel, the prices and shortages of food, and other issues currently affecting our Cuban planet. One of those present mentioned that she was very concerned about the crisis in Europe, unconsciously repeating what she had been told on television, radio and in the press.

I said that I had just returned from Spain and that in fact this is the only thing that the people and the media there were talking about. When they did this in my presence, I asked them to please “not talk about the rope in the house of the hanged man.”

Indeed, there is a serious crisis in Spain and other European countries, caused perhaps  by a housing bubble — among other things — which led people to spend much more than they could really afford, but which is in no way comparable to our situation, which has lasted for more than half a century. I personally visited many European cities and nowhere did I observe anyone who was badly dressed, wandering from place to place through streets that were not impeccably clean and pothole-free, in search of a store with toilet paper or toothpaste for sale, much less in “foreign money,” or at least not in a currency in which salaries and benefits are paid.

As I told my friend who is so worried about the crisis in Europe, this does not even take into account the high cost of having gone through a revolution, whose specific goal was to improve the quality of life for the population, but which has resulted in the deterioration and destruction of its cities and inhabitants. Nor does it take into account the high price of familial separation, nor of the ever greater exodus of young people in search of social and economic freedom — the very people for whom all this sacrifice was supposedly made — not to mention the corruption that has dominated and continues to dominate the entire country, apparently “at will.”

The upshot is that now, among other signs of a “new capitalism,” there is a contagious frenzy for selling large and beautiful buildings, which were confiscated from their original owners and family members and subsequently handed over to people of “revolutionary merit.” Their descendants are now asking astronomical prices for them, as though they were an inheritance resulting from some familial sacrifice. There are other crazy things happening, like buying out someone, whose home was once the big brick smokestack of the now abandoned El Cocinero cooking oil factory, so that a private investor can turn it into a restaurant, cafe and bar.

At any rate, these and other questions — quite discomforting, to be sure — cause us to reflect on the fact that the sacrifices made over all these years for “socialism” have served only to bring us back to where we started. There is, however, an additional grim reality. In spite of the enormous moral and material deterioration, which we “carry in our ribs” along with a great many lost years, we have in the end returned to a capitalism, but without capital.