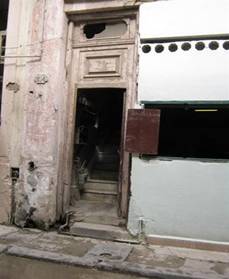 The Day of the Cuban Press was celebrated on 14 March, a day that commemorates the first edition of the newspaper Patria, directed by José Martí, in the year 1892. However, the celebration is exclusive — as is to be expected — the only participants are the government press, which has changed very little since its last congress. It continues to be complacent with the authorities who pay for it, as well as triumphalistic.

Some things–considered critiques–have been tried to improve its deteriorated image, they carefully balance a little salt and a little pepper in their articles and commentaries, to avoid calling the attention of the censors and other problems. Among these are the Letters to the Editor in the newspaper Granma, the same feature in Juventude Rebelde (Rebel Youth), and “Cuba Says” on the TV News. Nevertheless they can’t hide the government’s footprints.

The awards to the most outstanding journalists were for the most part given to the most-recognized defenders of the government line, in the written press as well as for radio, television and digital. Their writings and commentaries, commonly, seem to respond to journalism-by-direction rather than investigations, which seem to be missing.

For now, it seems that the problems and dissatisfactions of ordinary Cubans are only voiced by the independent journalists and the bloggers who, as is to be expected, were not considered in this celebration, along with some alternative publications, which is quite discriminatory.

Ironically, on this day of praise, the underground press that existed during the years of the Batista dictatorship appeared; a press which, like now, opposed the regime, exposed its lies and offered the truth, forming no part of the recognized press.  That’s life!