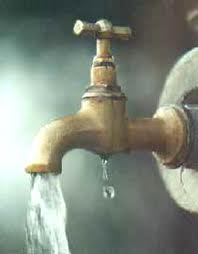 I remember that beginning in the 90s the authorities began to tax people who rented to foreigners. In Guanabo many landlords were upset because while entire families, in the dire straits of the Special Period, crammed into a single room encouraged by the hard currency taxes that in an already dollarized economy would generate overcrowding, the town didn’t even have a sewage system or a hydraulic water system delivering drinkable water. The piped water is salty and those who drink it buy it from the few owners of private wells — which over the years of exploitation and high demand has become more salty — or the wealthy minority, from the state stores that sell it (much more dearly) in convertible money.

I wonder if when the authorities boast of their health indexes, to they include in these records the patients with intestinal parasites or other illnesses associated with poor hygiene and inadequate prophylactic measures.

To avoid questioning and popular unrest, they put in the mouths of their local party spokesmen the argument that the excessive tax rates would revert to the comfort and betterment of the local community.

Twenty years have passed and many streets, with the pavement worn away through indolence, have become causeways. Due to the lack of sewers and the rising population, the pestilence overflows the ditches and smells in stretches and the residents keep on cleaning, cooking, and bathing with salty water.

When the power goes out the taps dry up, because the liquid is pumped from the state wells — also contaminated with salty water — and if the motor fails they have to wait hours, or sometimes days, for the responsible public entity to deal with it, because they have no replacement parts, no plans for these contingencies. The mineral water trucks are gone from almost the whole capital, from San Juan to Ramos they visit this suburban coastal area and the residents and their families drink the salty vital liquid daily.

I know that the governments of all countries tax the citizens, but many of them see their taxes come back to them in works of different magnitudes, variety and quantity that are, as it should be, for the common good, not the State’s.

But despite the many accusations and proposals from alternative civil society for years to raise our standard of living and the common good in general, the authorities continue their profitable policy to consolidate their elitism and the permanence of the States. After all, they do not lack nor will they lack anything, so they can once again, as so often do, wash their hands.