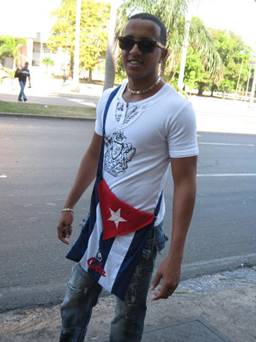 Reading what is published by the Cuban press about Labor Day in different countries, there are no surprises. It turns out that in countries whose governments have a close relationship with Cuba, workers marched in a festive atmosphere, without raising any claims or demands. This happened in Venezuela, Bolivia, Ecuador, Argentina and even in Russia, where the massive parade was staged by about 150,000 workers (quite a few for a city like Moscow).

However, in countries whose governments do not maintain this relationship with Cuba, workers staged massive marches, strikes, demonstrations and other calls, demanding respect for union rights, more economic stimulus policies, less welfare cuts, reducing unemployment and so on. This happened in the U.S., Spain, France, Greece, Italy, UK, Chile and Germany, where in Berlin 5,000 people marched (quite a few for a city like Berlin). In all of Spain it is said that nearly one million marched (quite a few for a country like Spain).

The same thing happened at the level of the country. If we include all provinces and municipalities, where according to press there were parades, and add it up, we see that here nearly 100% of the working population marched, which is hard to believe, regardless of the mechanisms used to compel workers to attend.

All this is nothing more than simple mathematics, using the data published by the official Cuban press.