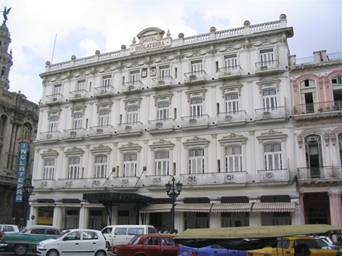 For several years the Cuban economy has come up with some strange processes which raise questions and cause us to think. On the one hand there is talk of an interest in attracting foreign investment to jump-start the economy. Some of these investments — those from Russia, China, Vietnam, Brazil and Venezuela — have a certain selective political character. Along these lines is the recently approved Mariel Special Development Zone (ZEDM).

Spanish investment has been principally focused on the tourist industry and a few other sectors. Investment by Cuban-Americans has been ruled out, though they would logically and naturally be the group most interested. In spite of geographic proximity American investment has also been rejected in favor of establishing an import-export market and attracting tourists once the embargo is lifted.

On the other hand authorized investments by Cubans residing in the country have been limited to businesses of little importance which provide only subsistence incomes. Most of these have been primarily in the service sector, not in small and medium-sized industry, which it seems will continue to form the basis, along with “the great socialist state enterprises,” of the inefficient and failed governmental monopoly.

It is worth noting that, after the passage of legislation in accordance the the principles of the so-called economic “updating,” management control of these enterprises has been transferred from technocrats to high-ranking military officials retired from active service, to their family members and to individuals close to them.

For anyone who has read about the transitions in former socialist countries, starting with the former Soviet Union, the process will seem very familiar. The similarities between what happened there and what is happening here do not seem to be accidental. Rather, it all seems well-planned, with the aim of ensuring principal economic control in an inevitable process of transition.

These strange processes, as well as others being done under the table and behind the backs of citizens, indicate that the current authorities — no matter what they may say publicly — know socialism is a failure. They will not allow corrections to be made even though a profound change is necessary to get the country out of the abyss in which it finds itself and place it on the road to development.

However, since they share a high degree of responsibility for what has happened, they lack the political will to accept this. Instead, they attempt to gain time with tepid measures — mainly economic but some social — trying to create conditions so that whomever comes after them will respond to their own interests and assume the task of bringing about a happy ending in the style of China or Vietnam.

Fortunately though, as the old saying goes, “man proposes and God disposes.” No one knows for certain what is to come, but one might assume that new forces, which are already in the wings, will become part of the transition.

It will not happen as the current authorities, accustomed to rigid socialist planning and secretive five-year plans, have assumed. Rather, it will be a process of debates and exchanges with different sectors of society, which is desirable for peaceful development in an atmosphere of tolerance, mutual respect and civic responsibility if we are to avoid greater ills for the country.

It is necessary to keep paying attention to the changes being implemented, no matter how minimal they might be, as well as to their regulation, their progress and their set-backs. Perhaps we might then find the keys to moving closer to what is most possible and to a method for achieving it with the goal of not being surprised by events. Whether we like them or not, they will involve all Cubans, no matter what they think, no matter where they live.