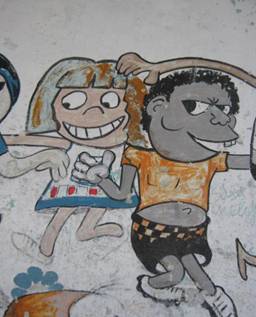 Much is written and spoken in the official media about the upcoming 20th Congress of the Cuban Workers Center (CTC) and its importance to the workers. Nothing is further from the truth, considering that the CTC is a government organization designed for total control of the union movement in the interest of the Party and the State.

For many years, practically since the disappearance of Lázaro Peña as an authentic labor leader and Secretary General of this organization, it was converted into one of the many governmental tentacles to control the citizenry, in this case the workers.

Its conversion was being prepared from before, by the Aclaraciones [Clarifications] section of the newspaper Hoy [Today], organ of the Communists, written by its director Blas Roca (author also, in 1943, of the pseudo-scientific pamphlet “The Fundamentals of Socialism in Cuba” in which he tried to fit Cuban history within the dogmas of Marxism-Leninism and Stalinism), where he delineated and established a kind of Revolutionary Code about how the workers should behave in the new society: no restoring to strikes, following the Party’s and government’s orders, and prioritizing duties in detriment to rights.

Thus, they repealed by decree the independent employers and a unique and infallible employer: the State, whose strong and unconditional ally was the CTC.

This role, totally detached from the interests of the workers, was later sanctioned with laws and decrees, and with the designation from top to bottom of prefabricated union leaders, with no real influence over its representatives, ready to exercise its role as guardians of the flock, and prevent the appearance of true leaders.

Now, with the appearance of self-employed workers, one of the great preoccupations of the CTC is how to integrate the flock of the established syndicates, and not allowing them any affiliation or, even worse, creating their own unions rather than the existing and sanctified ones.

The CTC and its unions, who in all their years have responded to the Party and the government and never defended the rights of the workers, lack the credit to define themselves as their maximum representatives, and try to adapt themselves to the so-called “updating of the model” to be in tune with the moment, but without giving an inch on any of its prerogatives. A very difficult task before an ever more disbelieving population, tired of so many stories and storytellers.