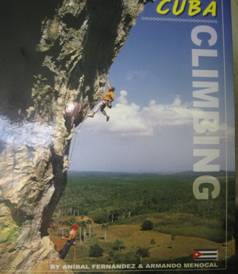 I have followed with interest what has been published on the preparation before the Eighth Ordinary Session of the National Assembly, as well as the sessions themselves, not because I expect some kind of novelty, but to see if the virtual discourse (accepting different opinions, not pretending false unanimity, etc.) correspond to the actual discourse.

Unfortunately this has not happened: bureaucratic methods seem to continue to prevail and, although the criticism seems to be a little more widespread, it remains skin deep.

Even the President of the Assembly, on presenting a draft agreement to the vote, has demanded that the deputies unanimously approve it, with such thunderous agreement that no one sleeps! It has happened, although everybody knows that there is no unanimity in a family, much less in a national legislative body. Complacency on the achievements, despite the difficulties and the unjust blockade, was present, along with what will be done in the coming year.

In the closing speech, in addition to vigorous congratulations, they included some of the commonplace threats of every year, this time against the white collar corrupt. It is true that corruption has taken place and is a scourge that must be removed, but that will not be achieved by attacking only the phenomenon and its causes, while wages and pensions do not allow citizens and their families a decent life, nor will diminishing corruption become an isolated phenomenon.

The repression will not solve the problem, nor will filling the prisons with new tenants. In addition, this denomination of “white-collar” reminds me of the white coats, unleashed by Stalin in the former USSR, when he did away with the medical professionals and scientists. Is it a revival of the discredited socialist purges?

Honestly, I hope not, and that is only a coincidence of names. There were expectations about the necessary and expected immigration reform, but it seems that, if completed, it will be with an eyedropper and without deadlines. As the old saying goes things of the Palace go slowly.

But something is still missing. As we begin the new year, a reality lurks that cannot be ignored: the historical leaders have used up their political time and they are coming to the end of their physical time (most are older than eighty) and so far, at least publicly, there is no real responsible relief in sight. Along with the economic update of the model, there is an urgent need to update policy, something unavoidable for the good of the nation.

Cuba is not North Korea, where power has passed from father to son and grandson, as if a divine dynasty. We’ve never had this evil tradition.