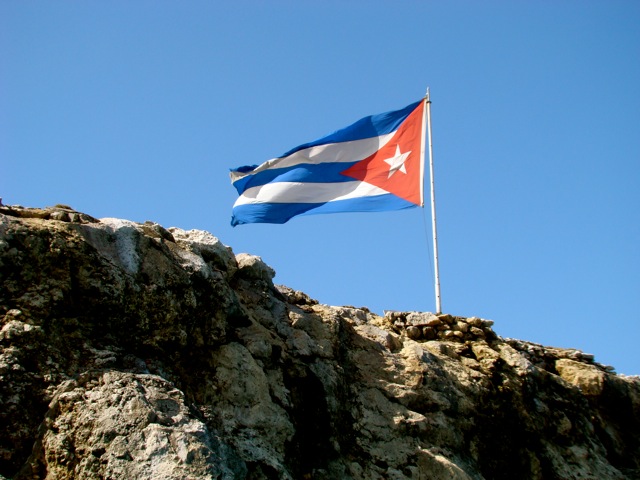 Only when the events in Egypt exceeded the predictions, did the Cuban press note (with tweezers) some isolated incidents. Nor had it published anything earlier about the riots in Tunisia and Yemen, nor did it later dig into the deposition of Hosni Mubarak. On Libya and and the fall of Muammar Gadaffi, it limited itself to denigrating the role of NATO, without mentioning the popular movement against the dictator. On Syria, Cuban press coverage remains minimal.

As no Cuban artist in residence in the island won a Latin Grammy in 2011, the Cuban press accolades applauded only the Puerto Rican duo Calle 13, and omitted all exiled Cuban artists who were winners: Amaury Gutiérrez, Lena Burke, Paquito D ‘Rivera and the late Israel López “Cachao”.

On November 8 the International Atomic Energy Agency of the United Nations presented a detailed report which showed not only Tehran’s efforts to achieve the atomic bomb, but to do so in record time, based on special designs of enriching uranium by catalysts process methods. Not one word of this report was revealed in Cuba, an ally of the regime of Mahmoud Ahmadinejad.

Five were implicated in the death of a 12-year-old child prostitute in the eastern city of Bayamo and four subsequently arrested for ties to a child prostitution ring were sentenced in September of this year to prison terms of between 10 and 30 years. Three of those convicted are Italian. Despite the national and international turmoil after the death of the girl, in 2010, the Cuban press did not reflect on the case.

In addition to promising young players such as the pitcher Gerardo Concepción and footballer Yosniel Mesa, two major athletes fled Cuba in 2011 through risky and illegal ways. The great Yoenis Cespedes, member of the Cuban baseball team and current national home run record holder, left the island on a boat bound for the Dominican Republic in the summer, and expects to contract with the major leagues. Paralympic swimming champion at the 2011 Pan American, Rafael Castillo, crossed the border and sought political asylum in the United States. Nothing was said officially in Cuba about either of them.

In 2011 Cuba set a record for requests for Spanish citizenship. According to the Spanish newspaper El Mundo, the Spanish consulate in Havana has already nationalized some 66,000 Cubans, and it is estimated that at the end of the process about 190,000 residents of the island will be citizens of Spain due to the Law of Historical Memory (qualifying requires having a Spanish grandparent). In Cuba, not only has this event been silenced, but Internet pages with information about how to apply are blocked.

With the exception of an official note on the surgery in June of Venezuelan President Hugo Chavez, news coverage on successive chemotherapy treatments in Havana, relapse, revenues emergency in Caracas and in general the Venezuelan president’s illness has been practically nil.

Only after former New Mexico Democratic Gov. Bill Richardson declared his frustration with the unsuccessful trip he made to Havana in September, did the official Cuban press counter with the reasons why the government had not allowed Richardson will meet with Alan P. Gross, let alone bring him back to the United States. During his stay in Cuba, Bill Richardson was ignored by the Cuban media.

Nor was a a visit to Miami by one of the two most important singers of the Cuban Nueva Trova movement, Pablo Milanes, mentioned, nor was a word published about his accusatory statements against the repression of the Ladies in White and the stifling centralization of power. Only by alternative means did Cubans learn of the controversial Pablo Milanes concert at American Airlines Arena in Miami, and his public break with the regime of the island

An event covered by the international press found no place in Cuban journalism: the wedding of Wendy Iriepa, a transsexual, and the homosexual dissident Ignacio Estrada in August. Not even because this one-of-a-kind wedding occurred on the “symbolic” date of August 13th (the birthday of Fidel Castro) did the Cuban media report it.

Scholars of Cuban issues classify 2011 as the “year of corruption in Cuba.” Scandals in the fields of nickel (Sherritt International and Cubaníquel), telecommunications (Empresa de Telecomunicaciones de Cuba, known as ETECSA), the Cuban Volleyball Federation, the Tobacco Industry (Habanos SA), among others, led to dismissal of ministers such as Yadira Garcia (Basic Industry ) and legal actions against sports officials such as the glory of Cuban volleyball, Raul Diago. On all these scandals, the Cuban media issued terse notes, or in some cases ignored them entirely.