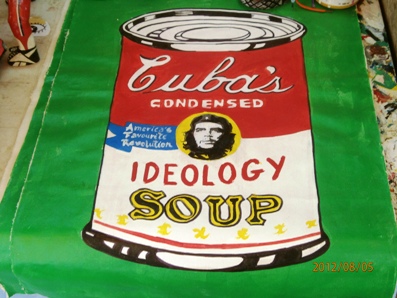 The launch last Thursday of the latest issue of the Cuban magazine Temas dedicated to the question “Values in Crisis?” brought together a heterogeneous audience that, in addition to its habitual followers, also included to my enjoyment young faces, perhaps attracted to the presence among the invited guests of Israel Rojas, the popular singer from the duo Buena Fe.

A consensus arose among those present. “Crisis de valores” — crisis of values — is a term that has been used for a long time, and it is one that not always carries a negative connotation. But another consensus also took place, that some values are timeless. My impression from that disparate meeting was that, independently from any personal perspective on the issue, almost everyone agreed that our society is indeed suffering from a crisis of ethical values.

Some presenters and a few in the audience got close to the bone: white-collar corruption was mentioned; professor Teresa Díaz-Canals gave the example of the discrepancy that exists between what she teaches in her Ethic classes and what college students assimilate from the national press. Desiderio Navarro pointed out the difference between proclaimed values and values as they manifest. Several people spoke about the “double moral” or moral double standards.

My cousin Mayito Coyula intervened with a botanical simile: the “bourgeoisie” values were defoliated after 1959, and with no further cultivation, weeds began covering the vacant land. Rafael Hernández claimed that the idea of equality was cultivated, even though he conceded that such an idea is more and more unattainable. Monsignor Carlos Manuel de Céspedes and Laura Domínguez offered wise opinions from opposite sides. Israel Rojas offered his non-academic, but welcoming fresh observation that honesty is no longer valued. It was mentioned that more space for debate is needed, and that ethical values are not strengthened by decree.

Even though I followed procedure by writing my name on a piece of paper and sending it to the panel, I was not called to intervene, due to lack of time. I would have referred to the role that education and the media play, I would have also disagreed with the remark that certain negative stereotypes about emergent teachers* are unfounded.

I would have also referred to the government’s responsibility in these issues. Without retelling too much, I remembered the notion of “caballerosidad proletaria” — proletarian chivalry — as a twist to the idea of gender equality. The existence of television commercials contrasting positive behaviors to widespread public and private misconduct are an effort to straighten a tree that has grown crooked.

The impression I gather from attending these spaces is that almost all participants are capable of identifying what the problems in our society are and their respective responsibility. It is something that is always in the air. Yet no one has the courage to call the people responsible by their name, for fear to be branded as a provocateur by any of the hotheaded ones. Another impression I have is that government officials implicated in the issues being discussed neitherattend nor stay informed (or do not care) about what is said during these events.

There are citizens for whom, even from different ideological perspectives, these issues are a matter of concern. Any society is capable of organizing spontaneously to discuss and find answers and solutions to their problems. One more time, it is evident that our society lacks such freedoms.

*Translator’s note: So-called “emergent teachers” was a program to quickly mint more teachers, which relied on “an army of teenagers” as some reports put it, to fill vacant positions and reduce class sizes.