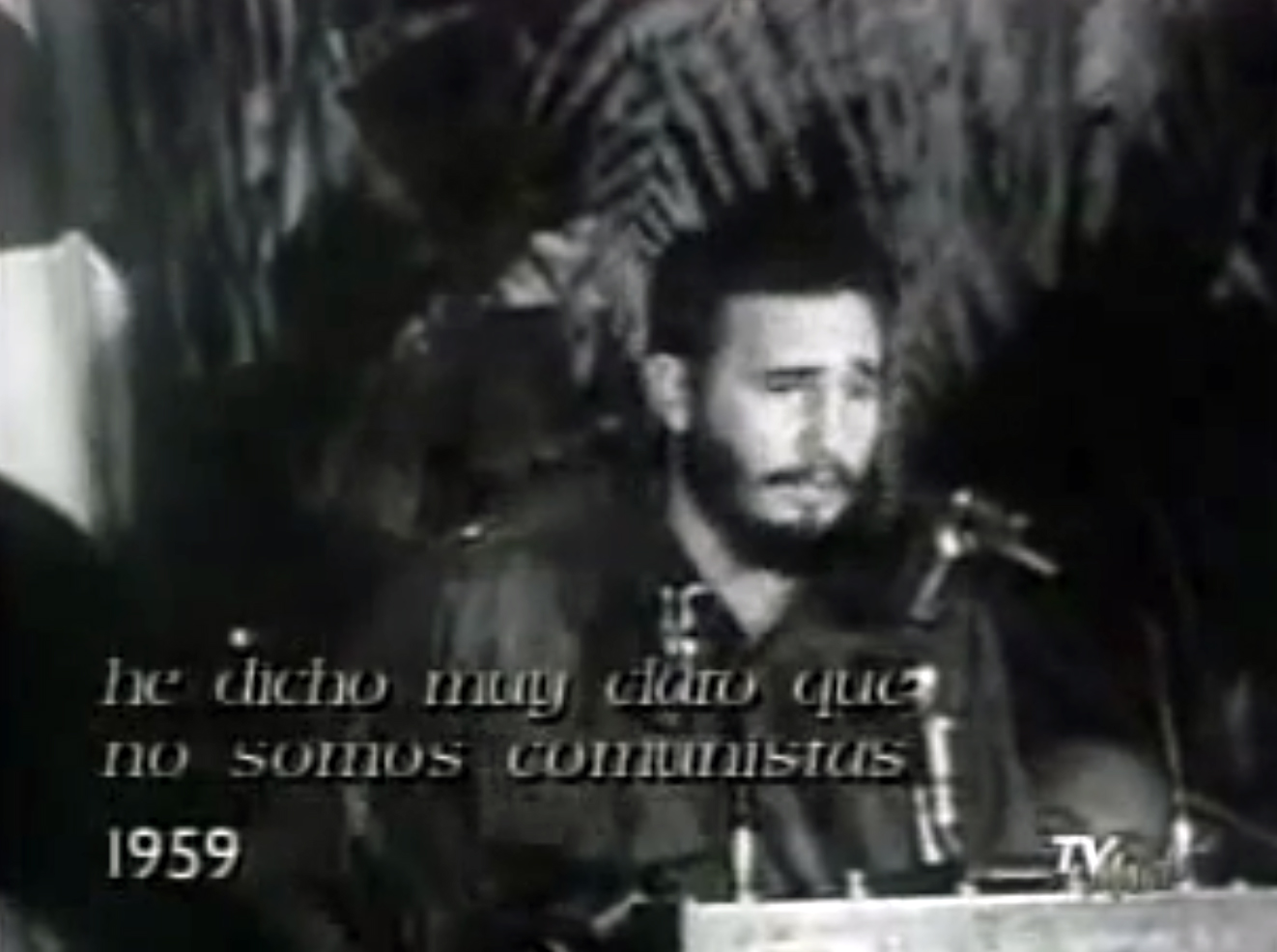 1959: “I have said very clearly that we are not communists.”

Several posts back I claimed that if Fidel Castro was once a communist, even he him himself didn’t know it; ultimately he ceased to be one from the time when he put his personal interests ahead of those of the Cuban people. And the history of his first months in power, demonstrates this.

In a magazine of the time, Bohemia, there is abundant evidence that the Commander denied he was a communist. Today these magazines, treasured in the José Martí National Library, are not available to the public under the guise of conservation, but the real reason is that those generations forget it and those that came later, do not know it.

Observing his work in his more than half century as leader of the nation, I dare say he wasn’t even a leftist. At that time the word “terrorist” was not fashionable, but his behavior was consistently in the style of the extremists of Al Qaeda. The sentiments of a communist, according to what I can infer based on his ideological and ethical approach, do not correspond to his actions.

He was simply a brilliant and manipulative man who used the leftists of the world, especially in Latin America, deceiving them with the dream of “a better world is possible,” failing to add “under my leadership.” He turned them into guerrillas bringing these nations long and deep social wars, some lasting half a century; with the much-vaunted prosperous future for the poor submerging them into trauma and regression, hunger and family division, a real ordeal for more than fifty years; and in the end these guerrillas were sought by international justice as accused terrorists, assassins, drug traffickers, extortionists and kidnappers. Those were the armies he helped to shape. Leaving the aftermath of the war itself: thousands of victims and displaced persons.

The Cuban reality has been a silent social was maintained at the point of a bayonet, a constant exhaustion that has left in its balance divided families, the agonies of prisons, executions and ostracism.

The story sharpens the teeth, the time has come to render the accounts. Surely the Commander is not interested because he lived like a sultan surrounded by subjects willing to oblige him. Truly, his intelligence deserved better, but his personal ambition blinded him.