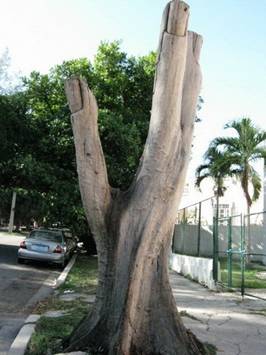 Cuban authorities, instead of promoting the country’s development in a diversified manner, by applying science and intelligence to serious, systematic, and responsible work, have always gone about it by constant improvisation, betting on this or that economic factor that could resolve all the problems in one go. That is, they tend to put all their eggs in one basket.

So in the early years they bet on the unlimited support of the Soviet Union and, when some political differences with their key leaders arose, on the Harvest of Ten Million, which disrupted the whole country, enthroning economic chaos as a way of government and laying the foundation for the subsequent liquidation of the sugar industry.

When that failed they doubled down, letting the Soviet specialists virtually run the economy, implementing State Committees in Cuba in the image and likeness of those in their own country, and incorporated in aid to the other socialist countries, grouped within the Council of Mutual Economic Assistance (CAME). It was the era of the Central Market, only one for the whole country, of the mini markets and stores offering products at high prices, well out of reach of existing salaries.

With the disintegration of the socialist bloc, they concentrated on the accelerated search for oil in the national subsoil and surrounding waters, until the miraculous appearance of the Venezuelan patrons with their large subsidies, which, however, have never reached the previous astronomical amounts provided for nearly thirty years.

When those disappeared, with an unstable situation causing economic and political complications in the Bolivarian country, they hastily resumed the search for oil, this time on the Gulf seabed, with the participation of foreign companies, which — after the explorations did not yield quick results, and due to the uncertainty of their investments — have withdrawn.

Facing the new unknown, the bet is now focused on the so-called Mariel Special-Development Zone (ZEDM), located west of Havana, which, according to the senior leadership, will become the solution to all our economic problems starting in 2015, when the Panama Canal expansion becomes operational. We have already heard these siren songs many times, and in the end that’s all they are, siren songs.

The interesting thing is that the small openings and closings in the domestic economy moved in concert with the ebbs and flows of foreign subsidies. While receiving socialist aid, they never spoke of nor permitted private work, with the exception of craft work, authorized originally in the Cathedral Square,then persecuted and decimated, moving to G Street and Primera Street, both in El Vedado, until ending up now, under the protection of the City Historian, on the old San Jose docks, primarily of interest to foreign tourists.

These subsidies ended, they appealed to small scale private work (in a few rudimentary trades) and authorized the Free Farmers Market, which lasted until the first bet on petroleum and the emergence of the Venezuelan patrons.

Given the insufficiency of the resources provided by the latter, they reestablished private work, not baptized “self-employment,” expanding the authorizations of some of the trades principally of the medieval court, allowing the rental of rooms in private homes, authorizing agriculture on leased lands, legalizing the buying and selling of houses and cars, relaxing the procedures for emigration and travel, and increasing the allowable size of private restaurants, snack bars, etc, rather than the absurd twelve seats.

The patron, Hugo Chavez, physically disappeared, and given the uncertainty of what might happen in Venezuela, they opened up some new trades, almost all in the areas of services, and there were relaxations in the social sector.

Now, with the great of Mariel Special Development Zone (ZEDM), the restrictions and prohibitions are returning, starting with the 3D movie rooms and the private shops. It’s the never ending story: one step forward and five back, “updating” according to Lenin.

If they never authorized these activities, as the authorities and their representatives allege, why, in full view of everyone, did they allow some citizens to invest their scarce resources in them? More than a political problem (it has reached the point of absurdity where they are claiming that 3D movies are a threat to national security), or an economic one (the private shops compete effectively with those owned by the state), it seems a simple act of government evil against the citizens they claim — in any international forum where they speak — that they are protecting. Perhaps as compensation, they have ironically, lately, added to the private activities authorized, the incredibly important one of “caretaker of public bathroom.”

You have to see it to believe it.

All these arbitrary acts, and many others that they surely will commit in the future, have a common denominator: the absence of a rule of law. Without this, the authorities act without any citizen control, at their free will, and often according to their personal whims. Until this situation is resolved and we return to being a republic based on democratic laws, nothing will change.