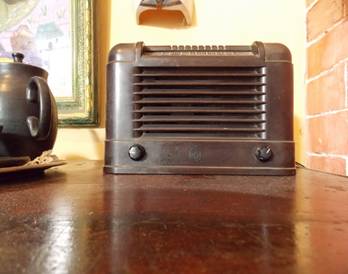 On the Radio Rebelde program Memorias they reiterate it, over and over, every Sunday between each and every musical number. It is a type of slogan, a political cliche, about the difficulties our blockaded and besieged island suffered in the 1960s, along with all the vicissitudes and the thousands of kilometers the regime’s officials had to travel, time and again, to obtain the vinyl disks on which to record our music. This is something they say so that we do not forget.

But it is the members of the program themselves who seem to have a faulty memory. They repeatedly forget to play Cuban music performed by the likes ofOlga Guillot, Celia Cruz, Magie Carlés, Willy Chirino, to name but a few, who are banned from the radio for the simple fact of having gone into exile. There is also the sad case ofErnesto Lecuona, whose name went unspoken on our radios for many years because of statements he made in the years immediately after the triumph of the Revolution when he was on tour outside the country. He was only rehabilitated in the 1990s after receiving tributes from around the world for his genius as a composer.

Since we are talking about not forgetting, what seems to have been forgotten are the revolutionary purges to which a countless number of our artists, musicians, comedians and acrobats from radio and television – all of the highest professional caliber – were subjected merely for the act of political dissent.

I would suggest that the program Memorias start taking heavy doses of Fitina* or eating foods rich in phosphorous to help jog its memory. They then might not come up with lame excuses like the one they gave me when I insisted they play music by the great Olga Guillot, putting forth the argument that they did not have records by this wonderful Cuban singer because all of them have been damaged.

It would be great if someone, who had a collection of some of the numbers performed by this glory of Cuba, could send it to the broadcasters to see if it might jog their memory.

*Translator’s note: A dietary supplement advertised as a memory booster.