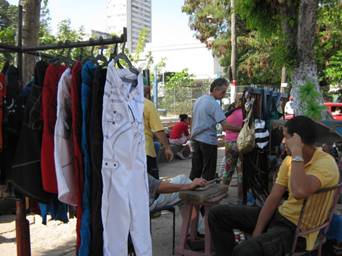 The closing, on 1 November, of the 3D movie rooms, and the ban, after 30 December, of private shops, deals a hard blow to self-employment. The authorities, once again (we remember “Operation Bird on a Wire,” “Operation Flowerpot,” and the liquidation of Free Farmers Markets in earlier years — all crackdowns on private enterprise), demonstrate their inability to compete with private property, even if it is nascent and must exist within absurd straitjackets, and the falsity of the so-called updates and changes to the economic model. Where there’s smoke there’s fire, and it wouldn’t be unusual for them to apply other or similar measures in the coming weeks. Time will tell.

Anchored in the past, dogmatic to the core, Marxism-Leninism and socialism fanatics, despite their more-than-proven failures, they are trying to survive (at least as long as they have a physical existence) in the closed feudal system they’ve turned the country into, light years away from the real world. The sad thing is that many citizens peacefully accept this arbitrariness, most often committed against their own neighbors, and they may even declare their support for them in some of the so-called “Public Opinion Polls,” which we are getting used to in the official press.

Forgetting the more then 54 years of failed improvisations and failed inventions, some who see a little hope in what was happening slowly, have received a real bucket of cold water. If the government intends, with the application of these measures, which respond only to the desire to demonstrate force and show who’s boss, it will gain followers and organize the country’s legal system, in which disorder is the greatest element, they are wrong again.

Once again, illegal activities and the black market will proliferate throughout the country, like before, simply because no one can force the citizens to starve to death and live in misery. Our young people, their life plans blocked by demonstrably incompetent authorities, choose exodus, like so many professionals, athletes and artists in Cuba; and as the lyrics of an old tango said, it will continue sliding down the slippery slope.