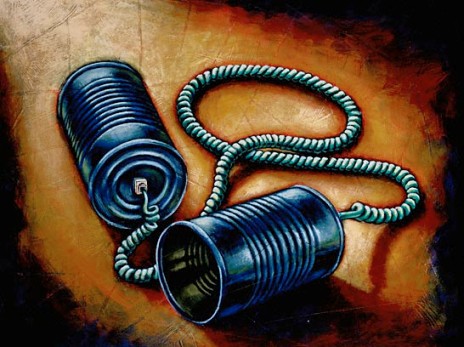 As has been my custom, yesterday I went to “Last Thursday,” the space of the magazine Temas (Themes). The theme of Temas was quite attractive to me: Internet, social networks, culture. I arrive late so I missed the presentation of the invited guests, among whom I recognized Iroel Sanchez, former president of the Cuban Book Institute, and Rosa Miriam Elizade, director of the portal Cubadebate. Those I didn’t know turned out to be the blogger Paquito from De Cuba; Milena, I believe from Cubarte; and Juan, professor at UCI (University of Information Sciences); they didn’t say their last names. I concentrated on those I didn’t know, because those I did know couldn’t surprise me.

Paquito and Milena struck me as interesting and inclusive. Paquito loosened up quite a bit to improve the image of the press, which everyone there knew to be horrible. Juan, the professor at UCI, very informative, but his opinions were a tribute to the Cold War. I listened to him reiterate the premise of the political character of the internet representing special interests, but mostly about its creators, and I could not stop thinking of the political activism in official cyber pages and blogs, and all the cyber activity against capitalism that’s posted worldwide. He concluded with the endorsement of the status quo, somewhat out of tune with the mostly young audience which he tried to convince that the intranet was as good as the internet; so much so, that Rafael Hernández, who functioned as moderator, issued menacing words to stop the ensuing harassment.

As often happens in venues where the public has the opportunity to use the microphone, a few like to show off their wisdom, (or what some might interpret as wisdom). Others are happy to hear themselves talk, since they were not paying attention and asked questions that had already been answered.

Not everyone asked to speak in order to waste the two hours scheduled for the venue. Enrique Vega, student of Pedagogy explained that our society is technologically outdated and out of touch, and how can the gap be addressed; Antonio Rodiles from “Estado de SATS” approached the topic of freedom in terms of our poor connectivity and discouragement of usage; Luis Rondón LGBT activist, asked how we can pretend to prepare our society for the internet without the use of the internet; Harold Cárdenas, one of the administrators of the retired blog Cuban Youth (La Joven Cuba), asked when will the debates are going to move from the virtual to the real.

When it was about to get truly interesting, the time expired. While the topic was social networks and culture, the question of the twenty-four thousand pesos surfaced: And what about the Cable?