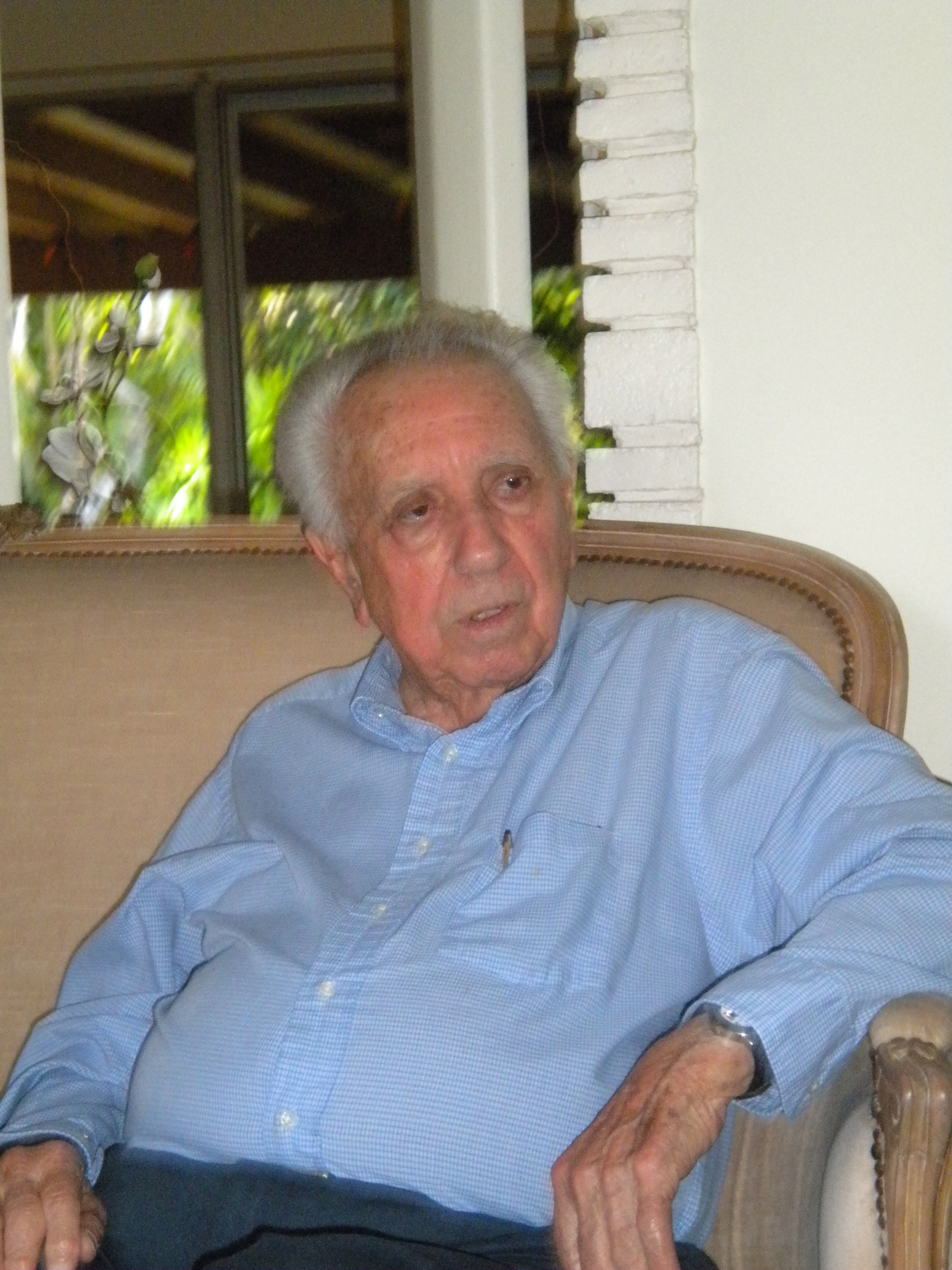 JJ: There are men who unwittingly become part of history. That is the case with General Tabernilla.

Where were you born?

ST: I was born in beautiful Guanabacoa, son. I lived there a year and a half, then we moved to La Cabaña where my father belonged. I kept living in Guanabacoa, I never left. My uncle Marcelo, my father’s brother lived there. There were three brothers: Francisco, Carlos and Marcelo.

JJ: When did you join the military?

ST: I told you that when I was a year old or so we moved to La Cabaña from Guanabacoa. From early childhood I lived among soldiers. I am a soldier by birth and by calling, but I officially entered military life in 1937, the same year my wife was born.

My brothers became pilots, but aviation didn’t do anything for me. I didn’t like taking a plane to go from here to there. If they gave me an order I’d do it, but I don’t like to fly. Even here, every time they invite me I say no ….

JJ: What do you remember about that last flight,when you left Cuba?

ST: Well, it was a long process. The American ambassador told Fulgencio Batista that he should leave Cuba and that the United States would not recognize the government of Rivero Agüero.

Batista accepted, but if he had acted like a President, people would have supported him, and the military also, although many soldiers were disgusted because every time they presented well-thought-out plans to finish off Fidel, Batista rejected them. It was unbelievable how he defended Fidel. Of course, Batista was not a soldier, neither by career nor mind-set.He was in the army as a sergeant stenographer.

On December 2, 1956,the telegram came about the landing of Fidel Castro and a group of around 100 men. We found out even before the landing, and we could have acted. By then I was head of the infantry division in the military town. At 11:00 I asked the CIM for Batista, and they informed me that he was eating at the home of Dr. Garcia Monte. I went there, and when I arrived they were playing canasta –the Admiral, Rivero Aguero, Garcia Monte, some others and Batista. He stared at me. I talked to him about the landing and our lack of reaction. He asked me for discretion, he said: “Silito, let’s talk about this later, I don’t want Martica (his wife) getting nervous.” After a while he got up and asked for a map. They brought him one from the Esso gas station. He opened it and immediately asked where the landing had been. He knew nothing about it. He proposed sending 40 men.It was totally crazy, but he believed he was invincible.

ST: Yes, invincible. Batista under-estimated Fidel Castro, or maybe he wanted to help him. With respect I suggested to him that he send 2,000 men to put a quick end to the incipient insurrection, but Batista answered: “Listen, Silito, you’re crazy, don’t you know that no one lives in the Sierra Maestra?”

Look, he had no idea about what it means to be a soldier. Then they sent a battalion under the command of Juan Gonzalez. In Alegria de Pio Captain Morelos Bravo had made contact with those we called “the rebels” in a sugarcane field that was on fire. I’ve never seen a cane field burning, it must be horrible.

ST: Impressive. There were casualties on both sides. Our troops regrouped to organize the final offensive, but General Robaina arrived with instructions from the President and ordered a return to Havana. Leaving that situation in the hands of the rural guard was another tremendous insanity. Commander Juan Gonzalez was insubordinate and was punished for it. One can say that Fidel Castro arrived in the Sierra Maestra because Batista let him win. And there were many times that Batista spared Fidel’s life; all those decisions were taken in my office at Columbia, in the military town. Any effective action would have ended that war, but this one extended it, it finished nothing, and the troops were eager to stop and return. Batista had delusions of being democratic, pretending to be something he wasn’t, and because of that he was never photographed with any solider.

Then came the campaign of Herbert Matthews. First he interviewed Fidel Castro in the Sierra Maestra and then Batista in the palace. The publicity from that meeting, a little manipulated,had a significant effect, especially on the businessmen. General Cantillo was named chief of operations and prepared a perfect plan to kill Fidel, but the same problems that set Batista against his own military led him to conspire. That was a process which,in private, ended with the Americans taking part in the affair. On November 1958 Mr. Powell met with Batista. After that meeting Batista himself told me “Listen, Silito, when that guy called me, I wanted to give them a kick.” Things were getting complicated,the elections were approaching, and the Americans began to intervene openly in favor of Fidel Castro. This was something incredible that we could talk about for hours. They even took away our weapons, and we had to buy them in the Dominican Republic. When the American ambassador told Batista that he must leave Cuba and that they would not recognize the government of Rivero Agüero, Batista agreed.

I was in the military town, it was about 5:30 in the evening, calm, when my phone rang and it was Fulgencio Batista asking for Cantillo. I called the Air Force and they answered that Cantillo was flying from Santiago de Cuba and would land in Columbia in about an hour. I told Batista, and he said that when the plane landed, to order Cantillo to meet him at his house at 8:30 pm. It was Cantillo’s wedding anniversary, so they met at 10:30,not at 8:30 as previously ordered. When I got to Kuquine,there were several people. Cantillo arrived at 10:30, and they enclosed themselves in the office for 10 or 15 minutes. 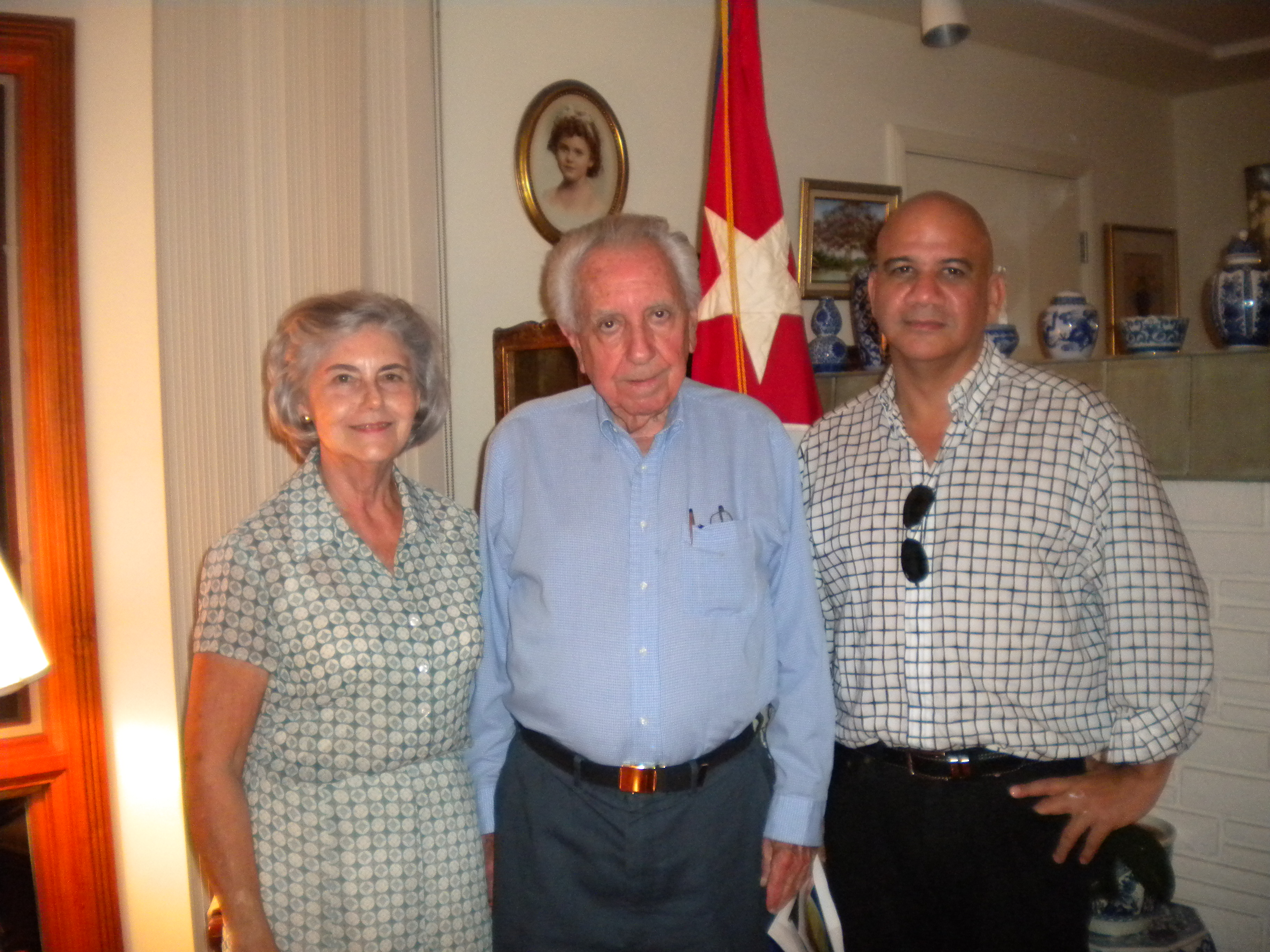 When I returned to Columbia, I went with the order to deliver the division under my command to General Cantillo (he who has the division has control of Columbia). I had sent for the top officers. We did the transfer of power.Here I have it saved as a historical document of my immediate resignation. There Cantillo informs us that the president has decided to resign to avoid bloodshed. Some were happy thinking about the end of the war.Others were sad, envisioning perhaps that there would be a much longer and worse war.

I returned to the residence and Batista was eating. When he finished, he told the duty officer to let us come in. We generals entered, and Captain Martinez picked up the charts and the operations dispatches in the room. The planes were ready; our route was to fly to Daytona Beach. Batista’s fate would be decided during the flight itself. The last thing I remember about Cuba is that I got on a plane, and with the same gun I had when I rode into Columbia, I landed in Jacksonville.

JJ: And tell me, General, have you thought about returning?