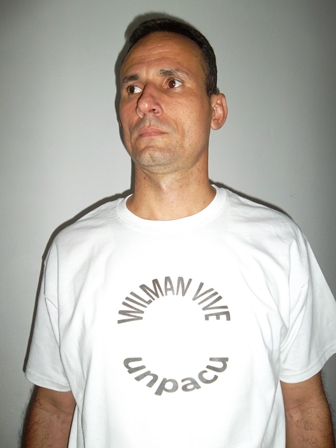 I wanted to say hello to Jose Daniel Ferrer of the Patriotic Union of Cuba (UNPACU), the next time he was in Havana. On Monday I learned that police had kidnapped him while he walked down a street of the capital, and sent him by force to Santiago de Cuba. How frightened they are of Ferrer, because Ferrer has no fear.

I tried to imagine what it means for a man like him to be walking down a street in this country and see a patrol car full of uniformed cops, or agents dressed in plain clothes, who will take you where you don’t want to go because there is a legal trap for Cuban citizens that many have fallen into, which says that you may not make any kind of resistance to “authority.”

But what does this authority represent? It is not the civil authority that ensures citizens do not disobey the law to guarantee the peaceful coexistence of society. It’s the brute force that serves to destroy the freedom of the whole world and guarantee its dominance. Before, of a single leader; now, from the shadows of that leader.

In Santiago de Cuba Ferrer is responsible for UNPACU, to which Wilman Villar Mendoza belonged. The Patriotic Union of Cuba stages protests for Freedom in the streets of eastern Cuba. Not everyone joins in, because most of the Cuban people expect “the security” — the agents of State Security — and so they cannot be free. These men who help Ferrer and are thrown into the abyss of freedom, like knocking on heaven’s door, have for the same reason, being a few, the status of the arsenal of Liberty.

The regime fears them.

It is noteworthy that this country has among its monuments a mass of ugly cement and iron, known as the Protestodrome (in front of the United States Interest Section), which has been the scene of many protests, always guided and organized by the government, so protest does not figure as a crime in the Penal Code.

People who have suffered imprisonment for having been a part of citizen protests against the government have been prosecuted for “crimes against the Security of the State,” “enemy propaganda,” or things like “public disorder,” “incitement to crime,” “insulting national symbols.” Or simply “resisting arrest” and “contempt of authority.”

It’s one trap after another, the cowards don’t even show their faces! The Revolutionaries, and the nameless Revolution, have always aspired to pose a “good,” and so have deceived many people in Cuba and outside of Cuba. Or they have found villains like themselves who support them.

To fall, by way of these legal traps, into any of the Revolutionary prisons — as witnessed by those who have experienced it — is to descend into underworld conditions, to have guards with no conscience run roughshod over you, to be persecuted by other inmates whom the agents of the Ministry of the Interior have convinced, in exchange for some reward, to harass and attack the political prisoners.

The Government/Cuban Regime must be condemned by every person who loves the good who still remain in this world. They will not escape from God, even if they manage to escape human justice. It is a terrible thing to fall into the hands of the living God.

I don’t know if the submission has been only the response of the instinct of self-preservation against the irrational fear this dictatorship has imprinted in every conscience. Or if we Cubans are going through this hell in life because many have found satisfaction in being dominated. I don’t know.

There is always the fear that makes Cubans leave Cuba, at times it is the desire to earn money and to return to spend it on one’s family, but freedom continues to be postponed.

Ferrer does not do this, we must help him. Because the consequences are always growing for the actions he undertakes and if this doesn’t stop, where will we be tomorrow if we continue to allow the Cuban apparatus of repression to act ignoring moral law?