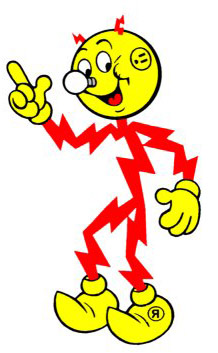 He works driving a truck for the electric company. He is married, has three kids, and his wife is a nurse at the 10th of October Mother and Child Hospital, better known by its previous name of Daughters of Galicia. The petroleum truck that hedrives all day has no air conditioning, not even a little fan. The heat is great, and the pay is little. The co-worker that they assigned to work with him has a similar financial situation. “In Cuba salaries are symbolic,” they told me while they were getting thebulb out of its new, nylon, factory-packagedbox. That was in front of a house of a friend who paid 30 CUC (more than $30 U.S.) to those workers from the Electric Union (UNE) so that they would replace thebulb of the street light that is opposite her house and that has been blownfor more than two years.

The suicidal “move”took placeat two in the afternoon and soon attracted the attention of the president of the block’s Committee for the Defense of the Revolution, who directed herself to the workers “to communicate to them” that the posts on the corners also had broken bulbs and that it was better to replace those than to put one in the middle of the block.

“For today, we are finished, comrade,” they told her, “because this is the last one we have, but there is an order by the minister to change them all as soon as the boat from China arrives. So don’t worry.”

And the watchful presidentwent awaybetween satisfied and doubtful, because everyone knows that in Cuba general corruption exists, but that at that level it is only enough to survive. So the workers in Cuba go sidestepping the difficulties that the state economic helplessness imposes on them. The majority of those who are linked to the sectors that generate no income in convertible currency have to “invent” in order to be able to make ends meet. With thelow salaries that they receive in national money, they also have to engineer for themselves and buy hard currency in order to feed, clothe and buy shoes for their families.

An unpleasant situation is confronting some friends with the UNE. Their consumption is aboveaverage after the most recent increase. Summer is already past and they continue the same. I ask myself if the arrangements that they make with those who enjoy air conditioning in their homes “are taking by the guts” those who don’t have it.

The bill collector, the intermediary between the UNE and the residential sector, is the friendly face of that business, which undoubtedly must justify before higher agencies the quantity of megawatts that the township consumes.

According to my deduction, the kilowatts they readjust on the bills of those who possess a cooled air system, in order to charge them less and pocket a share of the difference, they must be obligated to distribute them among those who don’t have ar conditioning.

Tired of them taking the kilo in kilowatts, they went to protest at the municipal electric business which is located at Josefina and the 10th of October. Along the way they asked themselves how to defend their right to be charged withoutpenalties for what they consume without betraying anyone.

By luck, they had already hinted to the collector their suspicion of how they believed the mechanism worked so that he could alert his crew, and when they arrived there the clerks were very friendly.

They asked the UNE for areview of the meter and the electric bill and they ended up sending a technician, but he still has not appeared. Some days ago the bill arrived with an amount visibly smaller than the month before.

But the next months? My friends ask themselves if they are going to have to continuegetting annoyedand going to demand periodically that they not steal from them. It is not easy to beat your head without a helmet against the wall of corruption.