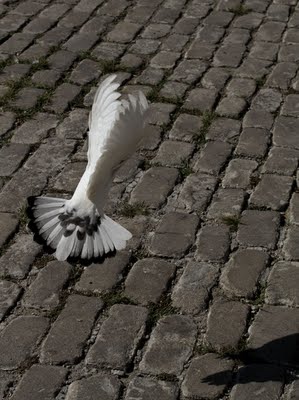 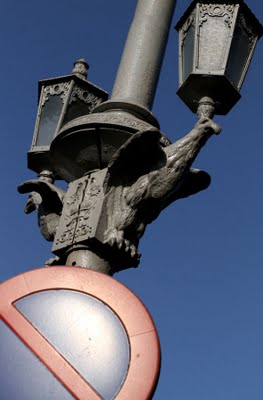 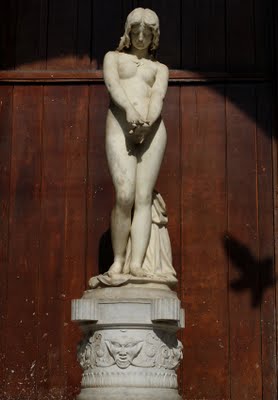 FOR WHOM THE IBERIA TOLLS…?

History repeats itself. Once as comedy and another time as a black hole, abyss of pre-capitalist post-modernity that is inhabited in Cuba. Its name isn’t even known. Barely Adonis, a word that maybe even he ignored in his ancestral echoes of splendid or ruinous marble.

His body doesn’t count either. His history even less. The pain in the Island has been for a long time diluted among masks and make up, plastic arts of the very political death of this country. From an imaginary death, to a gradual dropper and without social blame. From a weightless death, at a height of ten thousand feet and then as a fetish of the free European press. Corpse in a flying object identified with an Iberia logotype, news or necro cloud that will never rain over Cuba. Statistics apart from the State, that looks the other way and applauds in peace. Biographies without orthography that Cuba will not cry over. To the contrary. At times it ignores them and at times it pokes fun at them. Our humanity as a planetary race ended at some point of the last century and millennium, in the splinters of some corner with no name of that thing cynics call “Cubanity”.

Adonis suffered in accelerated time the torment of Cubans throughout the time and strait of decades. His hunger strike was also an oxygen strike, cryotorture, compressing a minimum of liberty, extreme socialypsism, grotesque wink at Google Earth, scandal suppressed by the local security organs. My name is not as divine as his, but the absurdity surrounding Adonis moved me. His illusion against the law of probability. His terrible performance. His days cut short of the world. His being nobody, because now, suddenly, even his family, if he has one and they already know, left him lying in a capitalist morgue of Spain (ipso facto citizenship by rigor mortis).

What to think. What to utter. Please, a minute of blogger silence for the dead who still have to die. Silent holocaust. Criminal captions. Deafening noise. Jonah of the New Man in the competitive belly of Iberia. Cubansummatum est…!