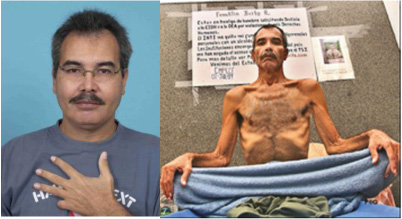 The just will remain in memory, and will not fear the onslaughts of evil…

On Monday, August 30, I received a heartbreaking text message from the author of Generation Y, Yoani Sanchez: “Now Chavez has his Zapata,” referring to the death while on hunger strike of the Venezuelan farmer Franklin Brito. The government of Hugo Rafael Chávez Frías had confiscated, through rigged constitutional amendments, the lands that he owned.

So, in six months, was repeated the death of a man on hunger strike, demanding what was denied to them by their countries (Cuba and Venezuela), Orlando Zapata Tamayo, Havana, Cuba, February 23. and Franklin Brito, in a Military Encampment, Venezuela, August 30. Both deaths have shocked the democratic world, especially those who have suffered for a long time the most cruel dictatorship of America (the Castro regime) and a political imprisonment. 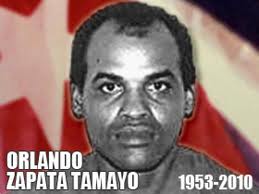 I, who witnessed and lived the abuses suffered by political prisoners in Cuban jails for fifteen months and three days, who suffered particularly because of the abuses and beatings that were borne by the martyrdom of the Cuban political prisoner Orlando Zapata Tamayo. Therefore, before this news, after a moment of meditation I raised to God, with tears in my eyes, a fervent prayer for the souls of these two men.

From my priestly vocation I could not support the hunger strike, although I recognize it as a means of struggle and complaint. I also believe that the integrity of the person making it can not be questioned by anyone, let alone a doctrine.

In my prayers I said to my God: “Lord, and those rulers who are NOT capable of acceding to the just demands of these children of yours, who proclaim convenience and Christian times and children of the church, how much of the blame for these martyrs is their share?” At the same time, I dared to gave answers to my Father, saying in this conversation: “I think, Lord, that these dignitaries must atone for their proper three-quarters of those failures.”

Accept, Lord, into your holy bosom, the souls of your servants, Orlando Zapata Tamayo and Franklin Brito and grant them eternal light and peace.