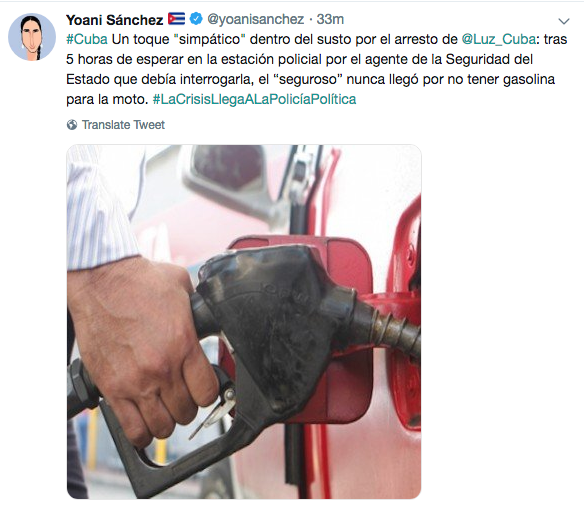 Yoani Sanchez, via Twitter, Havana, 8 May 2019 — A nice “touch” in the fright of the arrest of @Luz_Cuba (Luz Escobar): After waiting five hours at the police station for the State Security agent to arrive to interrogate her, the “seguroso” never arrived because he didn’t have gas for his motorcycle. [#The Crisis Comes to the Political Police]