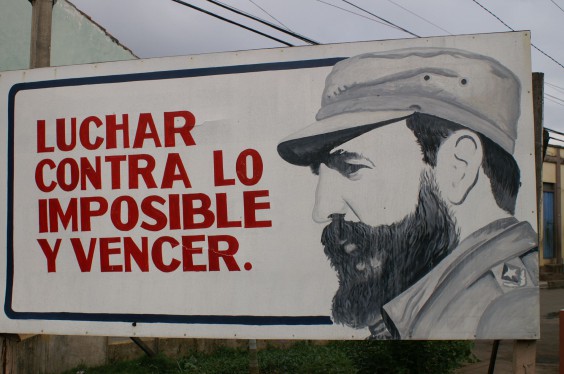 During the summer of 1994, death ruled with impunity in my country. During that period, Cuba, which had been a civilian graveyard for decades, more closely resembled the gallows.

In the early hours of July 13, the whirlwind of violence to which the Cuban state was subjecting its citizens came to its criminal climax. The Revolution needed to prevail over the people through blood and fire. Raúl Castro summed it up in a televised speech from the Colon Cemetery: “He who lives by the sword dies by the sword.”

We were in the middle of the so-called Special Period in the Time of Peace. The repression was ferocious, but so too was the people’s resistance. So too was the corruption of public servants. So too was the vandalism. There were robberies and grisly killings on every block. Family men went mad and wound up murdering their loved ones. Electricity was a luxury that we enjoyed for just a few hours a day. It was vox populi that the police had been ordered to shoot to kill. So too had the paramilitaries of the Rapid Response Brigades who wielded clubs rather than firearms.

On the early morning of July 13 a stolen tugboatfull of civilians attempted to escape the Bay of Havana. The boat was named the March 13. It was a state-owned boat, but no violence took place during the theft. In fact, it was the port workers themselves who took the boat and headed for the US.

Just a few miles off the coast, the March 13 was rammed by four other boats that had pursued it out of the harbor. Both civilians and the crew were swept off the decks by jets of water fired from the other boats. Once the March 13 was sunk, the survivors weren’t offered any immediate aid. The perpetrators wanted as few witnesses as possible. Only when a Greek boat arrived did they proceed to rescue those who were still afloat in the water. Out of a total of 72 people on board, 37 died, including a dozen children and babies.

As usual, the state press placed the blame for the tragedy on the victims. Thesurvivors were pressured by State Security forces, several were put on trial, all were stigmatized, and in the end they were ostracized and forced into exile. Since then some claim that they’ve been attacked by motor vehicles or that they have been subjected to medical torture in an attempt to wipe their memories. Fidel Castro himself decreed that the workers had the right to defend their means of production. It was a warning to anyone else in Cuba who had any intention of running away from him. In fact, a month later more than 30,000 Cubans escaped en masse when the government stopped patrolling the coastline, thus opening a pressure valve which would avoid the impending social unrest.

Twenty years have passed since the massacre. The men who rammed the March 13 have never been brought to justice. Nobody ever tried to recover the bodies (or else they did it in secret and later destroyed them). At least let me pull those 37 names out of the macabre anonymity to which Castroism has condemned them in Cuba.

From Sampsonia Way  — Original in English